home Entertainment Who is Ethan Dolan's Girlfriend in 2020? Find Out About His Relationship

Who is Ethan Dolan's Girlfriend in 2020? Find Out About His Relationship 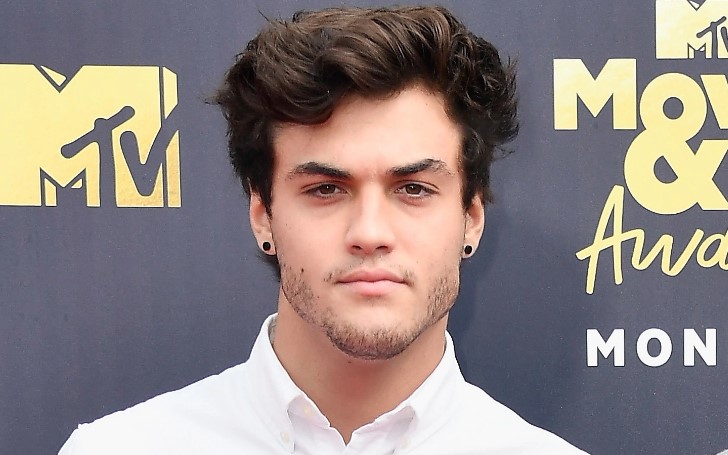 Ethan Dolan is an Amerian YouTuber who came into prominence for his YouTube channel with his twin brother Grayson Dolan. Before his social media fame, the 20-year-old was a competitive wrestler and has won wrestling tournament at the famed Madison Square Garden.

Along with his brother, Ethan joined MTV's TRL in September of 2017, following the duo won Creator of the Year at the 2017 Streamy Awards. Ethan and his twin brother's channel, 'Dolan Twins,' has now over 11.1 million subscribers, where the brothers often document their daily normal life.

Twins, who are part of the 'Sister Squad,' are loved by a large number of people despite the number of subscribers. Their single videos get millions of views, which just proves they are the celebrity.

Also Read: Who is Nile Wilson's Girlfriend in 2020? Find Out About His Dating Life

Since we are talking about Dolan's love life, let's dive into his personal life to know more.

A few months earlier, the rumors of Dolan dating someone sparked when he was captured getting cozy on the beach with a pretty brunette. Following the speculations, some fans posted their videos online.

Also Read: Does Will.I.Am Have a Girlfriend? Let's Find Out If the Voice UK Judge is Dating Someone

When the videos started to make their rounds on the internet, it was speculated that the girl in question was Kristin Alice, an Australian social media influencer. The two met for the first time while shooting Dolan twins' 2018 music video.

Later it was confirmed that the girl with whom Ethan was getting cozy on the beach was Kristine Alice. The two posted the identical pictures from a ridge overlooking the water.

The two, however, did not admit they are actually dating. So, at this point, all we can say is, Ethan is still single in 2020. Ethan, however, was also lined to fellow YouTuber Emma Chamberlain, but that speculation has also no enough backing.

You May Also Like: Bachelor In Paradise's Jade Roper Tolbert Reveals The Reason Of Her 2nd Miscarriage To Be Chemical Pregnancy