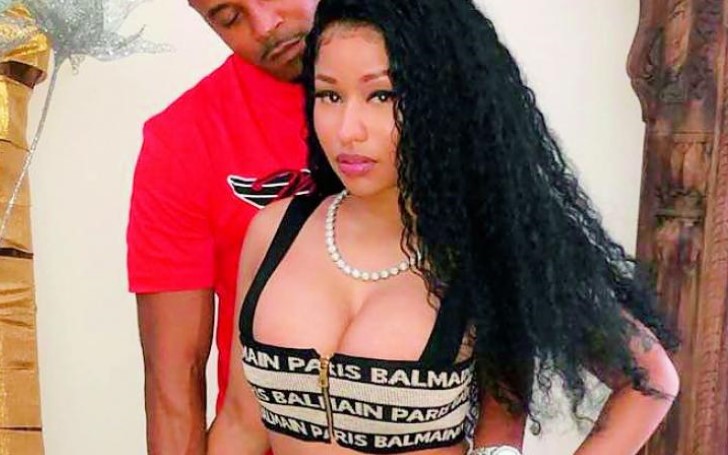 Nicky Minaj current boyfriend Kenneth Petty's ex-girlfriend Noelle recently got assaulted by a crook who brutally beat her and allegedly tried to shoot her.

Recently on Wednesday, Nicky Minaj's boyfriend Kenneth's former love Noelle was a victim of an unfortunate incident. The crime happened while Noelle was sitting in her home all alone and suddenly got attacked by a robber.

Queens club bartender, Noelle later shared about the incident by exclusively sharing the assault scene in her Instagram. 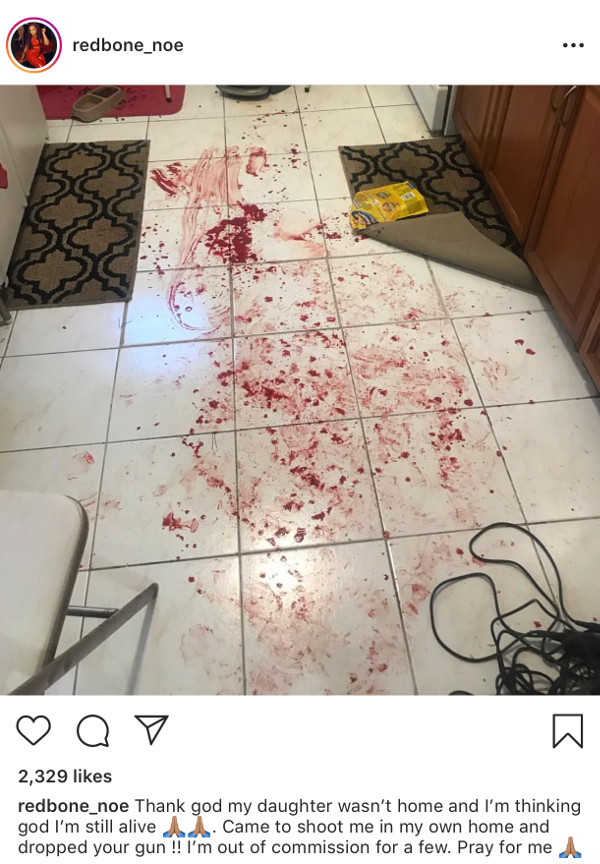 The reality star posted a photo of her blood strains dropped all over the white marvel tile, clearly showing a really disturbing incident happened.

Check out: Fans Shout 'Cardi B, Cardi B' as They Troll Nicki Minaj For Canceling Another Concert

Noe's described the assault scene with captions where she thanked God for not saving her little dolly who wasn't home during the incident stating:

“Thank god my daughter wasn’t home and I’m thinking god I’m still alive. Came to shoot me in my own home and dropped your gun !! I’m out of commission for a few. Pray for me.”

Subsequently, Noelle shares a video after the assault, where she is seen brutally beaten leaving brushes and facial injuries.

#NoelleRedBone - the ex-girlfriend of #NickiMinaj's boo #KennethPetty - shared a graphic video of injuries she suffered after she was allegedly attacked in her home. Details here: theybf.me/2TjVjAD or swipe up in stories

It was a gloomy day for Noelle but internet began to backfire her stating that all the news was all fake and made up. One woman named Venessa Hicks assaulted Noelle's incident as a lie posting: 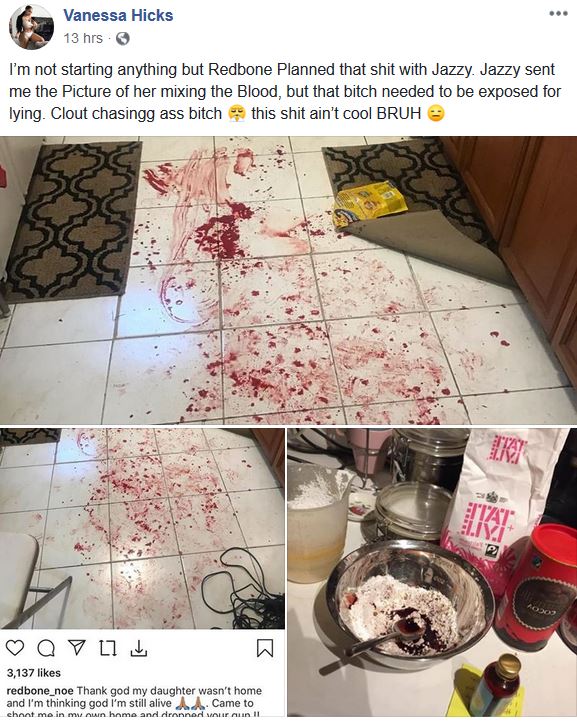 Noelle fake post
SOURCE: theybf
Venessa shared that Noelle allegedly made up the crime scene as a publicity stunt. She stated"I'm not starting anything but Redbone Planned that shit with Jazzy. Jazzy sent me those pictures of her mixing the Blood, but that bitch needed to be exposed for lying."

Relations between Noelle and Hicks are still unclear, however, she claims the incident is totally fake and made up with a person named Jazzy. However, looking at the picture it's quite suspicious and unpredictable. So, what do you guys think about the incident? Do you think it's true or just a lame publicity stunt?
want more?
Stay Updated Sign up for Latest News and Gossips.
-->