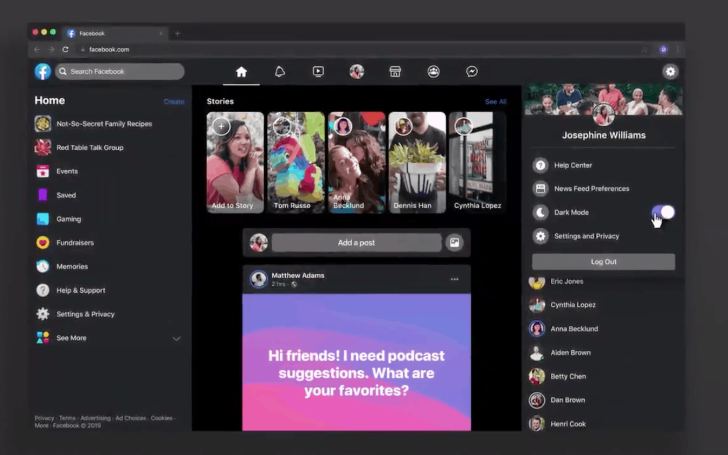 One of the top leading sites introduces dark mode for its desktop users.

Yes, you heard it right, the American online social media and social networking company founded by Mark Zuckerberg and Harvard College students are currently launching its beta version for now.

Check Out: How to dark theme Facebook/twitter/twitch/emails

While some users are already lucky enough to use the service as a pop-up arises, asking users if they would like to try the new design named 'Facebook Beta.'

If you get to be part of the testing group, then you'll get a chance to switch to dark mode and see the changes. In addition to the dark mode, Beta ensures users to be easier with a clear view.

Another feature the new version allows is to mark position while scrolling through your news feed and then navigate back - one of a handy feature.

Good news to all! Facebook often limits its beta feature to selected countries, whereas the new feature is deployed for all users.

So try logging in and see if you are among one of them. Unfortunately, there is no other way of joining the group, so you'll have to wait until the final release.

Stay tuned and connected to find updates on the new Product and Tech news only on Glamour Fame.