Facebook to Offer 'News' Tab and Pay Publishers for Their Work 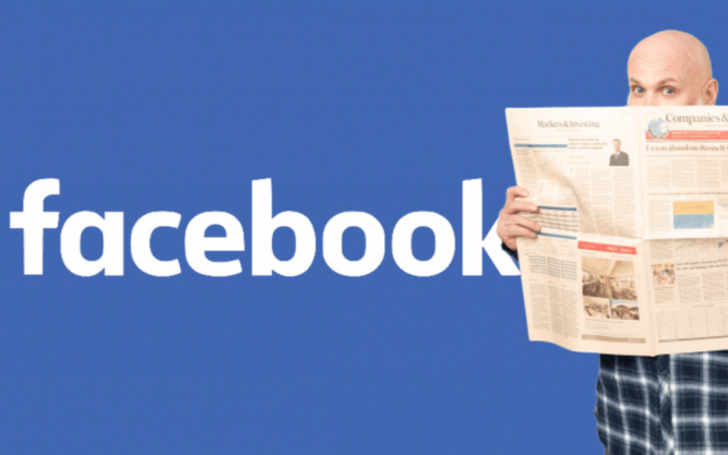 Yes, now you can get updates of the recent news without leaving your Facebook tab.

The news comes right after Facebook launched its dark mode feature to its desktop user, which is currently running on its beta version.

The American online social media and social networking service company announced the news on Friday, which is planned to offer hundreds of stories from news organizations.

The change will put social media to direct competition with some of its rivals offered by Google and Apple.

The news section will be handled by a selected team of the journalist who will choose the top stories from different genres, such as politics, entertainment, sports, health, technology, and others.

A couple of years before, Facebook was categorized as one of the leading news sites before it had to deal with controversies related to false and misleading news reports.

As of now, the chief executive of FB, Mark Zuckerberg and his developer team are emphasizing to provide the best news articles analyzing and selecting the content.

Some of the news organization which will be listed on the site includes The Washington Post, Business Insider, the Wall Street Journal, BuzzFeed News, and other trustworthy news organization.

A smart move to say and to bring back the same old trust of the source the social media used to be.

The company is yet to announce the name of the selected news sites.

On the negative aspect, many news broadcasting will have a negative impact due to the new feature, and on the positive, selected will earn hundred of thousands to millions of dollars, accounting for their quality and contribution.

So what do you think about the Facebook upcoming update and feature? One thing for sure is, facebook users are going to get updates of the news without going elsewhere and enjoying the local posts as well as trustworthy news.

Related: Facebook Paid Contractors To Listen To Audio From Its Messenger App >>>

Stay tuned and find out the recent Tech news and updates on Glamour Fame.