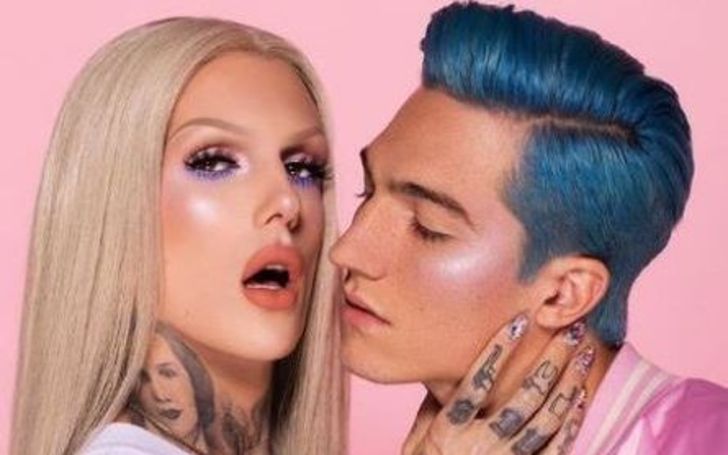 If you've been following trends, then you probably heard then buzzing news regarding the split between two youtube personality Jeffree Star and his longtime sweetheart, Nathan Schwandt.

Their split did not just sadden millions of their fans as they were one of the popular LGBTQ couples who motivated thousands of people.

So in order to know such personality here we've come up with some intriguing facts about Jeffree's so-called 'Soul Mate' Nathan Schwandt facts including details about his relationship.

Nathan met Jeffree through Instagram as he DM'ed Jeffree back in 2014. The then 'head over heels' shared the news talking on Star's 17.2 Million subscribers filled Youtube channel.

Find Out: Miley Cyrus Releases 'Slide Away' In Reference To Her Split With Husband Liam Hemsworth

These signs are known for their exuberance, loyalty, and self-confidence. They share positive traits such as Optimism, passion, enthusiasm, and spontaneous. Quiet agreeable seeing his YouTube Vlogs.

3. Has a Younger Brother

Nathan is quite secretive when it comes to his personal information as much information regarding his parents, and early life is under the wraps. However, Schwandt share a younger brother by name Zachary Schwandt.

If you are updated with Jeffree vlogs, then you might've seen him featured in the videos.

2. Living the Life of Riches

As reports from Popbuzz, the Youtube vlog of $500,000. Most of the sources of money he accumulated with the help of his former sweetheart Jeffree with whom he's involved in various business endeavors.

1. Jeffree Star is the First Man he's Ever Dated

The 34 years old and Jeffree star cosmetics owner confirmed their split news a week ago after being in a relation for five years.

The breakup news came the next day after the couple bought a lavish $15.6 million mansion.

Nathan is the first man Jeffree opened exclusively to the world featuring in his Youtube channel. Prior to that, he was onto a relationship with only girls.

Check Out: Jeffree and Nathan were planning to get married prior to their split

We hope you enjoyed the facts, stay tuned for more articles only on Glamour Fame.