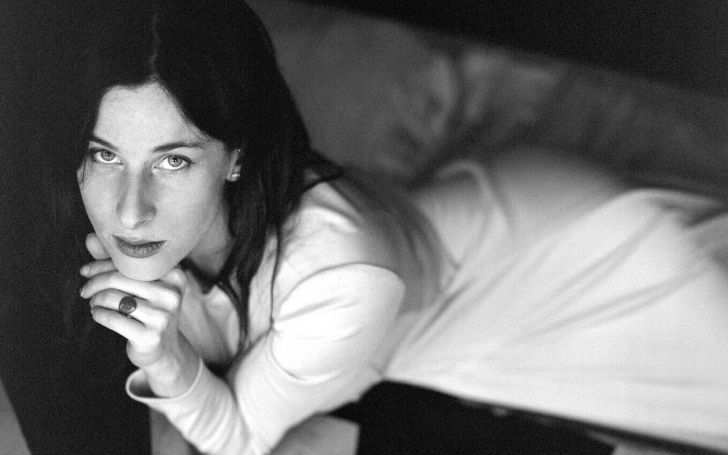 Born in Los Angeles on May 14, 1990, the American actress Sasha Spielberg is known for her roles in the 2011 film 'The Art of Getting By' and for her appearances in movies like 'The Kids Are All Right' and 'Before I Sleep.'

The gorgeous 29 years old actress generally known as the daughter of a A-lister celebrity family has remarkably proved her versatility through her finest acts in movies like 'The Terminal', so it's no doubt she's making her dad proud.

But when it comes to her relationship, Sasa seems slightly shading away from her longtime boyfriend. Yes, it has made us curious. So to clear the fog of what's happening in between here, we present you with all the details.

Who is Sasha Spielberg Dating?

Sasha Spielberg's dating status is currently 'under the radar' as her only public, yet exclusively relationship was with musician boyfriend Robert Francis.

Snippet of Sasha and her boyfriend Robert from 2017 Valentines.
SOURCE: @sashaspielberg

On Feb, 2017, Sasha aka Buzzy Lee wrote alongside the snap "On Valentine's Day, robert and I have decided to sit side by side and post sweet pictures to Instagram and not engage with one another. I love you Robert".

The couple is longtime lovers who've been into the relationship before 2016. However, 'The Art of Getting By' actress is not seen posting anything with boyfriend Robert since October 30, 2017 had made fans speculate with different controversies.

Are They Still Together?

Spielberg wrote, Our costumes were “Marsha Beret-dy” and “Robert finally went to a party with Sasha”.
SOURCE: Instagram

Sasha's caption, Robert reaction and their anonymity has now ignited a whirlwind of speculation regarding their split. And stalking both their Instagram also articulates posts related to music, tours, and other stuff. Both the couple has not shared anything regarding their relationship.

However, on the rosey part, Sasha still has all the memories stored on her Insta feed which still gives us a possibility of a low-key maintained relationship.

Nevertheless, both the lovebirds share the same passion and which is for music, and they are yet to exclusive share their breakup news, which also makes us speculate that both the lovers Robert and Sasha might be in just a break.