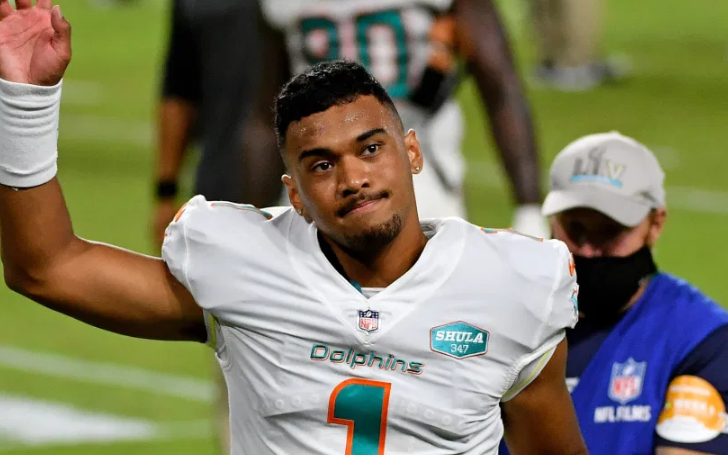 Tua Tagovailoa will be the first left-handed QB to start an NFL game since Kellen Moore.

Tua Tagovailoa is coming to Miami Dolphins! The team announced the Alabama alum would join them as starting quarterback going forward. The announcement came after the Dolphins' massive win 24-0 over the New York Jets on Sunday.

Tua made his debut on Sunday as the team was looking to close out the game. During the game, Tagovailoa completed two of his passes.

On Sunday, the new QB said,

"I think that was super awesome. You have a 16-year vet like Fitz, who has no animosity towards it, as well, who's just been supportive the entire time. Good drive, bad drive, he comes to the sideline and just talks through his process with why he did some things."

"I'm very fortunate to have a mentor like him who is just very encouraging on the field, and then there are guys like… He's just very personable off the field, as well. I could say a lot about him but just won't have enough time."

Following the announcement, fans are elated to their favorite player playing for the Dolphins.

"BREAKING NEWS: TUA TAGOVAILOA NAMED AS THE STARTING QUARTERBACK FOR THE MIAMI DOLPHINS! IT IS TUA TIME!!!! #FinsUp"