Kirk Herbstreit announces his College Football of the Year 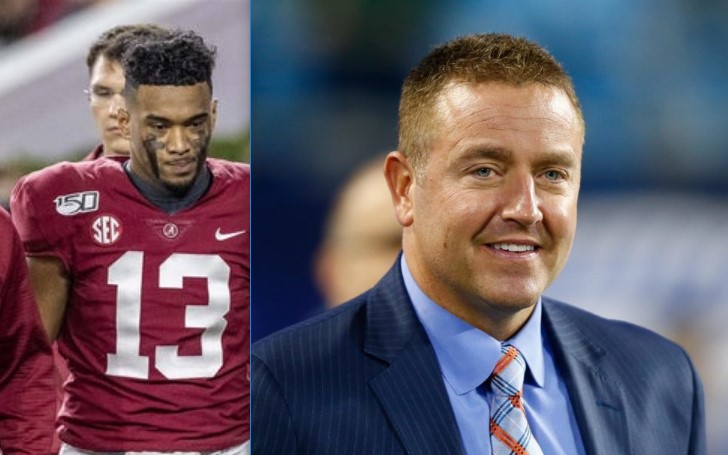 There's one more exciting thing about Kirk, though. Every year, the analyst gives out his 'Herbie' awards to the best players, coaches, and teams in college football. And for 2019, Kirk awarded Tua Tagovailoa - a quarterback for Alabama.

This is one of the reasons why we love Kirk and is also the reason we respect his 'Ultimate Herbie' awards. Selecting Tua was far from a random selection; his win entails a lot of struggle which the star endured this season.

Also See: Who is the Witcher star Therica Wilson-Read? Facts about the actress

Tagovailoa met an injury against Mississippi State in November and came out like a real hero. The star player was supportive of his teammates and did not miss a game despite all the problems.

Watch: Tua's injury makes him the 2nd-best QB in the 2020 NFL draft after Joe Burrow-Marcus Spears | Get Up

The injury, sadly, cost him the 'Heisman' award, but the player gained respect and admiration from teammates and friends. And 'Ultimate Herbie' award covered all his loss, we suppose.

The star player not only won the award but inspired and encouraged millions of fans this season after he was chosen for the Kirk Herbstreit's Ultimate Herbie award, presented every year to the player who best represents what college football is all about on and off the field.

Tua is yet to confirm whether he will declare for the NFL draft, or he will return to his senior season. Well, wherever he goes, he will undoubtedly have a massive fan following. All the best for the upcoming season and hope 2020 brings more progress to the player.

Recommended: Dara Actor Wilson Radjou-Pujalte - Learn All the Details About the Teenager