home Entertainment Who is the Witcher star Therica Wilson-Read? Facts about the actress

Who is the Witcher star Therica Wilson-Read? Facts about the actress 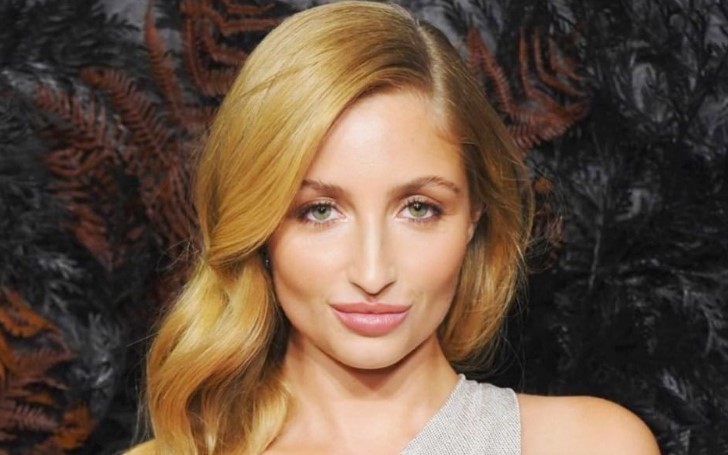 Therica, who is deemed sexiest sorceress of the 'Northern Kingdom,' appeared on the number of other shows and movies like 'Suicide Club' (2018) as 'Kelly Resznick,' 'Fox Trap' as 'Anna,' and 'Fred' (2016) as 'Melissa.' Let's find out what's more to know about this excellent English actor.

Therica Wilson-Read, who was born in 1993, kick-started her acting career from the 2014 UK movie, 'The Last Call.' Therica played the role of 'Sharon.' Despite her excellent delivery, the 26-year-old actress got attention from the fans only after she played 'Kelly Resznick' in the 2018 thriller, 'Suicide Club.'

'Suicide Club' tells a story of a reclusive woman who is locked in her flat for several years. The story develops as the woman stumbles upon a mysterious web community. Despite its worst rating on the IMDB, which scored just 3.4 out of 10, it helped the actress to further her acting career anyway.

It's Safe to Say, 'The Witcher' Saved Therica Wilson-Read Career

It may sound harsh, but no matter how well Therica Wilson-Read performed on all other previous projects, she failed to grab the attention of the people, unless, Therica played the role of Sabrina Glevissig on Netflix's one of the highest-rated series, 'The Witcher.'

Therica Wilson-Read's character 'Sabrina Glevissig' of Ard Carraigh, is one of the most powerful sorceresses and an advisor to King Henselt. Moreover, Sabrina is a member of the Lodge of Sorceresses.

Also See: The Witcher: Will Anya Chalotra Justify The Role Of Yennefer Of Vengerberg?

Therica's character is deemed as the sorceress who is sometimes careless and quick to judge. Moreover, she is known as the 'true daughter of the Kaedwenian wilderness,' according to the original novel. Therica's character on 'The Witcher' often emphasizes her somewhat exploitative and vivid beauty by donning alluring outfits.

While Sabrina is one of the most important characters on the novel, Therica's role may differ from the actual book. But still, the character won't be largely different from the book itself, as the show was adapted from the novel. The actress's role appears on the three episodes (2, 3, 8) of the show, namely, 'Much More' (ep 8), 'Four Marks,' (ep 2), and 'Betrayer Moon,' (ep 3). Given the facts, her role has a significant impact on the series itself; we can expect there will be more of Sabrina Glevissig.

As seen on the internet, people are going crazy over Therica Wilson-Read's character, Sabrina Glevissig. The sorceress has become a hot topic on the homepage of the internet, Reddit. The Reddit users claim Therica's role "has that sorceress realness."

Therica Wilson-Read, who hails from London, England, never would have expected her acting career will take a leap, but, thanks to 'The Witcher,' she is the talk of the town now. While it's no brainer, her fans' support from her home-country is immense; people from around the world loved her acting prowess equally.  Moreover, people are, uh, seems to be a fan of her bosoms, too, and we don't think we need to stress the reason why.

One of the fans wrote, "I won't lie; I was mildly happy whenever Sabrina was in the frame." Another fan asked a real genuine question, "Is it weird that I find her  [Sabrina Glevissig (Therica Wilson-Read)] more attractive than yen [Yennefer]?" to which another user replied, "Not at all. She’s much more attractive than Yen." Reddit is not the only place the fans are praising actress' work on 'The Witcher.' When we dived into the official Twitter account of Therica, despite her small following, which we are sure will grow in a matter of a couple of days, her wall is filled with praises from all around the world.

One of the fans wrote, "I don’t care about the negative criticisms from the gaming community - @witchernetflix was awesome. Great cast of actors, especially by #AnyaChalotra. Wish @ThericaWR had more screen time #TheWitcherNetflix." While another fan wrote, "Just finished watching Season 1 of The Witcher. I loved every minute. Definitely looking forward to season 2 and seeing supporting cast like @ThericaWR get a more prominent role."