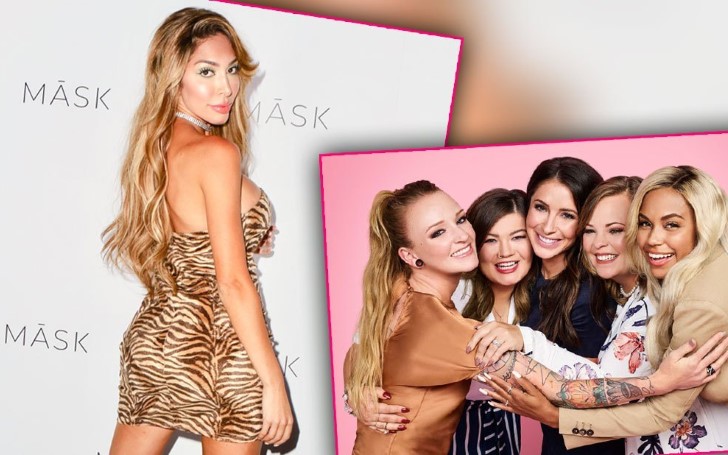 'Teen Mom' star Farrah Abraham shares that she misses the show and wants to get back if MTV recruits her.

Recently during an interview with Radar Online, Farrah Abraham one of the famous actors from the renowned MTV's series Teen Mom apologizes for her previous mistakes and confesses that she want to get back on the show.

The 27-years-old actress shared that she wishes to return to the reality show expressing her love and emotion writing "really misses it."

Well, MTV decided to fire the star after she had a feud with her former co-star back in 2018. MTV later stated the reason behind her dismantle precisely because of Farrah'sinvolvement in the adult entertainment business.

However, the production house left Farrah with a choice to choose between one of the jobs and that was to either quit the adult entertainment job or quit the show. Abraham ended up quitting the show and a substitute actor Bristol Palin was announced to replicate her role in "Teen Mom OG".

Farrah Abraham was fired from the show because of her involvement in the Adult Industry.
Source: Hollywood Life

Recently, however, Farah told Radar she is willing to return to the show exclusively on an interview.

“I really miss it,” Farrah told Radar. “I’m not digging the low ratings and people leaving the show so I really feel like if I come back I want it to be positive. I really hope I could bring it back. If they ever need me back, I’m here.”

“You can’t make any other OG cast like that,” she said. “It was pretty sick. Maybe that will be in my future. My relationship with MTV is great right now. We’ll see how it works out.” A source close to Abraham also previously told Radar that Farrah would come back “for the right price.”

So, guys what do you think about Farrah's decision to come back to show? Well until now MTV has not stated anything from their side. Well, it would definitely be interesting to see Farrah back at "Teen Mom OG", wouldn't it?