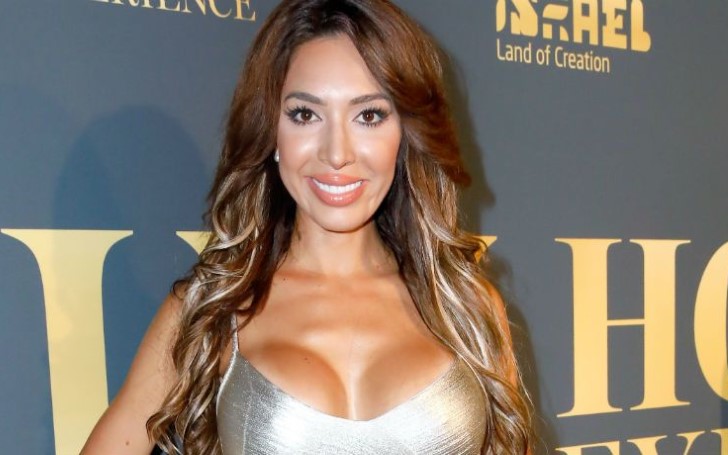 Teen Mom OG star Farrah Abraham has always been comfortable showing her body in public and sharing her pictures posing in a number of sexy outfits, including bikinis, lingerie, and even going nude, especially on Instagram.

This week, Abraham was back at it again with a series of the racy pics in which she was almost completely naked. The 27-year-old reality star recently took to her Instagram account to share a sexy snapshot of herself.

Abraham opted to go completely topless to show off her full cleavage in one of her recent photo posted on May 8.

Sharing the racy picture to her two million followers, she captioned it as: "Mozart 🎹 wearing @prettylittlething."

Earlier this week, Farrah turned heads in another incredibly racy photo as she opted to go completely braless to show off her full cleavage in a loose green top as seen in the snap and also sported a face full of makeup which includes dark eyebrows, long, dramatic lashes, and pink color on her lips.

This image also earned Farrah a lot of attention from her 2 million-plus followers, with over 100,000 likes as well as over 1600 comments and growing.

Meanwhile, the comment section was full of fans calling her "Trans" in her recent pictures.

One user wrote: "Omg!! I for sure thought it was a a man dressed as a woman. And ur implants look soooo bad and fake. Omg!! Sooo bad!!😳😮😮"

A third person rather questioned: "is it just me or does she look like a gay guy?"

However, the rest of the comments pointed out Farrah's grammatical errors and the way she raises Sophia, whether it be allowing the child to wear makeup or for taking photos with the girl while not fully clothed.

Recommended:Farrah Abraham Believes Her Daughter is Gonna Be A Giant TV Star!

MTV fired former Teen Mom star from the show for her mistreatment to the producer and conducting a side career in adult entertainment as she released her own sex tapes.