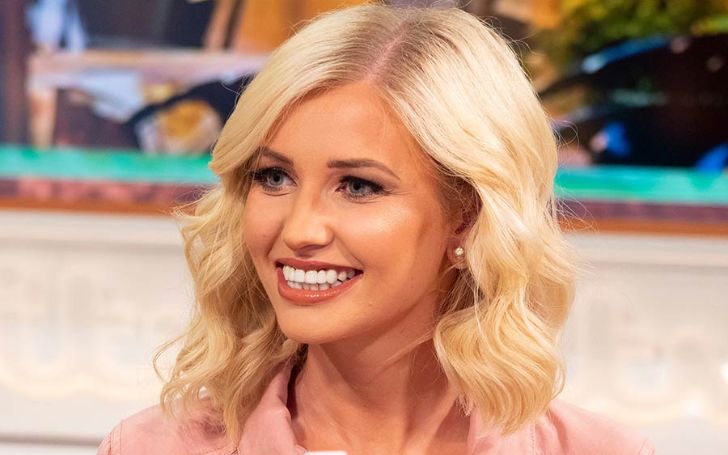 "Once" a Love Island contestant," Amy Hart recently revealed that she had gone into seclusion for two days after her exit from the show and received a crash course in how to prep herself for trolling.

At the beginning of this month, the 26-year-old revealed she would be departing the hit ITV series to shift her focus on her mental health presumably prompted by her split from islander Curtis Pritchard during the course of the show.

While speaking with OK! Magazine, the flight attendant shared she was instantly prepared for what to expect from the internet trolls after bidding farewell to the series.

“I can’t fault Love Island, they’ve been amazing. All my anxieties went away as soon as I left,” Hart told the publication. She says she had gotten herself out of the public radar and that they had helped her prepare for things like trolling. Amy explains how she watched a video featuring former islanders Samira Mighty, Dr. Alex and Jamie Jewitt explaining what life would be like.

The former islander, who was paired with Pritchard for the most part of her time on the show until he split up with her to seek other romantic possibilities in the villa, also denied the speculations that she had been required to leave the program by the show’s executives.

Amy added some people were saying the producers told her to leave, but it was her decision. Hart also shared that she had therapy 12 times during her time in the villa and, as a result, felt that she has emerged out “stronger.” She said she deserved a man who loves her for who she was.

Following her moments in the villa, during which she became close accomplices with fellow islanders Amber Gill and Anna Vakili, Hart told she had acknowledged self-acceptance.

She divulged about her final moment in the villa, the time where she had told everyone that she doesn’t fit into groups, people don’t want to be her friend, people think she’s weird, yet she thanked them for accepting and loving her for who she was ‘despite my awful heartbreak, the show has left me feeling more confident about who I am because I’ve been accepted.’

You May Also Like: Why Is Tommy Fury’s Ex-Girlfriend Millie Issuing Stark ‘Warning’ To Molly-Mae Hague?

The ex islander, who now owns close to 1m Instagram followers, also said, she has witnessed some rude comments, despite her zero effort “self-sabotage” and peruse what online hounds have to say about her.

She said her first night at home in Worthing, she was unable to sleep, so she typed her name into Twitter, and the first thing that came up was ‘ugly’, She added it would have been so easy for her to click on, but she had learned that self-sabotage wasn’t all right.

Hart also unveiled the fact that she doesn’t want any more plastic surgery, despite formerly undergoing breast augmentation surgery. She admits to not having the desire to change regardless of what the trolls say.

Last week, Amy shared with The Sun that producers of the show would check on her so that she was eating amid concerns over her wellbeing following her separation from Pritchard. She said showrunner would stand over her and make her eat a bowl of food or she couldn’t do the challenges. She though adds that she wasn’t feeling hungry and that she felt she numb most of the time.

Before her farewell from the villa, Hart conveyed a touching speech to her ex, revealing she wanted him to “find love.”

‘I imagined I was going to meet some decent people, and I was going to have a spark with people,’ the flight attendant told the ballroom dancer about her perception before entering the villa, days after he decided to call their relationship off.

Amy said Curtis turned her whole world around and helped it evolve it into some kind of craziness. All she’s ever wanted is for him to be happy. And he was not going to be able to be so if she keeps on living in the villa, said Hart while Curtis broke down into tears.