home Movies & TV Shows Fox Refused to Take 'South Park' in 1997 Because of One Character, and Something Else as well

Fox Refused to Take 'South Park' in 1997 Because of One Character, and Something Else as well 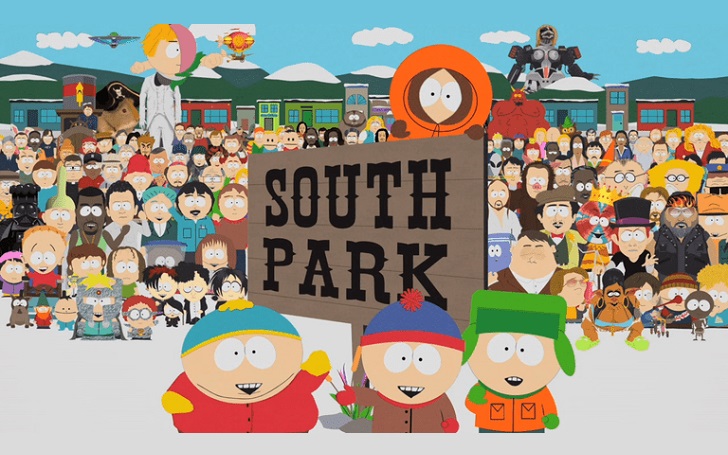 It's Wednesday, meaning tomorrow is the day, the creators, Trey Parker and Matt Stone, start their work in the South Park Studios for Season 23. They have to catch up on current events and turn them into funny and/or offensive jokes to anger certain people. Of course, it is what they do every year.

The adult-animated series, 'South Park', airs on Comedy Central, as it always has since its first episode in August 1997. It's never failed to offend any and all kinds of people, major celebrities and politicians alike. Centered around four fourth (initially third graders) grade boys in a small mountain town, it follows their mischievous adventures based on current events & stories of weird happenings in the town.

On the way to another adventure. S13E08.
Source: South Park, Comedy Central

The show is the one that put Comedy Central on the map as the viewership was bombarded with fans immediately following the first season. But the same can be said for the other way around; they were the ones that accepted South Park after another channel, Fox, rejected them.

Parker & Stone Were College Friends Back Then

The two mastermind creators were like-minded individual students at the University of Colorado, Boulder in 1992. They met at the film class and bonded over their shared interests in film & music (most notably 'Monty Python') since they were kids, and also over their creativity & potential for something freaking funny.

They worked on one project together, in particular, their first 'South Park'-like stop-motion animation, 'The Spirit of Christmas: Jesus Vs. Frosty', that was released in December 1992. It depicted four boys building a snowman while playing on the snow and Jesus saving the boys from it when it came to life. They used paper cut-outs for the characters and shot each frame in sequence to make the stop-motion picture.

Watch: The Spirit of Christmas: Jesus Vs. Frosty, Who Won?

The boys, as well as Jesus, remind fans of the current relevant characters (aside from the interchanged names, look and a different death). No matter how crude the animation was, it was a pretty serious effort.

Jesus Vs. Frosty Caught the Attention of an Influencer in the Film Industry — A Fox Executive

The short animation hovered around but didn't become that big a deal. Although, it did get the attention of a Fox Network executive, Brian Graden, who became of fan of it. Then, he approached and hired the two to make another one similar to the first. Thus, their second 'South Park'-like project, 'The Spirit of Christmas: Jesus Vs. Santa' was born in 1995.

Watch: The Spirit of Christmas: Jesus Vs. Santa, Who Won?

'Jesus Vs. Santa' was made as a Christmas card that Graden wanted to give and show to his friends. At such a time, 'trending' and 'viral' was not much a thing, but the Parker-Stone project was one of those. It got circulated around in the web spectacularly as it was one of the first ones. As it can be observed, several characters are already present.

It was just one of their perks at the time, and they didn't try to promote it themselves. Even their friends didn't know they were the brains behind the video and shared it to them, preaching about how great it was (as if they didn't know it). Some other people even got jobs as writers and directors claiming it to be their work.

They Approached Fox, but Fox Didn't Like the Inclusion of 'Mr. Hankey'

The one problem with claiming the second video was the creators didn't have their names on it. But they still had the link of the Fox executive and thus the proof to approach Fox with their project. And so they did.

The show was already well-liked among the network executives and gaining praise at Fox. But there was one thing standing in their way. Or rather one thing that the people at Fox didn't like being included in the project — Mr. Hankey, a talking/singing sentient poo character.

Mr. Hankey was probably one of the most important characters of the show and may have been a lead character alongside the boys. But the people at Fox dejected the idea of a talking poo being included in the franchise as they thought it might not bode well with the viewers. They were uncomfortable with it, much like Kyle's first claim on the show that Mr. Hankey was real (seriously, showing a piece of poop made the 'South Park' residents think Kyle was insane).

Fox's conflict on the Mr. Hankey character ended the relationship of Parker & Matt with the network, completely. Much to Fox's disappointment, Mr, Hankey became one of the most popular characters in the show's early years that paved the way for its continued success.

One More Objection - It Was Not Like 'The Simpsons'

According to Parker & Stone, one woman at Fox rejected the pitch of 'South Park' by reasoning that it would not be a hit among the adults. It was an adult series alright, but she thought placing kids as the stars could not be as funny and popular as it would with the grown-ups.

They were told, it would never work and also suggested they make the families of the characters as the lead. It was going to end up being like another 'The Simpsons' show (remember it was their time of fame). However, the two did absolutely not want to change the lead but did explain that all four characters would have a family.

The pitch never worked on Fox, who also advised one of the four characters must be a girl, and one of the remaining three must be black or Mexican. They already had their minds set straight and were not going to change the decision. We are glad they didn't.

"What people don't remember is when you're in the third grade, your close friends almost are your family," Stone told 'Details'. "You have this little collective consciousness with your friends."

One would naturally wonder what would have happened if 'South Park' was a Fox show. Of course, it is possible it would've been canceled already. There are numerous controversial topics brought into the show, and with the network's choice to limit such stuff for its advertisers and audiences, Parker & Stone would've felt constrained in their work.

It may have been taken off the air even before some fans of the show were born. The two are very determined to do what they want freely, without much restriction, and their unhappiness ultimately would be the show's end. They would just leave the network on that account.

Comedy Central Still Was There For Parker & Stone, but the Early Days Were Tough

After being rejected by Fox, Parker & Stone were not completely disappointed. They still had MTV & Comedy Central on their radar. They entered into negotiations with both networks to try and get the show on TV. On the course of their negotiations, Parker thought he felt more comfortable with Comedy Central rather than with MTV. He was perhaps afraid that it might be turned into a more kid-friendly show later on, as it could've been with Fox after Disney's acquisition.

The show eventually found a home in Comedy Central and began their journey towards success. But, it would take quite a while for the series to settle in with the viewers. It was in danger of getting canceled when it received low approval rating from test audiences during the first few episodes. The first episode took the creators the entire summer (like three months) to complete since it was the only time they used construction papers, ever. So all the effort could've been wasted.

Comedy Central, at the time, was smart to let the show go on, as they gave it six episodes for the first season. They followed the trend their former videos were getting and saw the potential that was pouring out. Clearly, it was a good decision to make as it premiered 13 episodes in Season 1.

And Then Comedy Central Was on the Map of TV Networks

By the end of the first season, it amassed almost a million viewers. It was a popular one among college students and teenagers at the time. The second season earned 5.5 million viewers, and the rest is just modern history. It certainly has come a long way since 'Cartman Gets an A*al Probe'.

The network certainly has to credit 'South Park' for increasing its TV audience tremendously, and it is determined to keep the show running. They have obviously praised the show for its work several times. The network president, Kent Alterman, declared it "the greatest comedy in the history of television" after renewing it for three more seasons following Season 23 completion. It will officially go on until 2022 with Season 26, despite the creators' efforts to cancel it last season.

Season 23 will premiere on Comedy Central on Wednesday, September 25, at 10:00 pm. As is tradition, the studio will work only one week to create one episode, as opposed to other series that take months to do the same. It helps the team stay absolutely current when they have to diss about something. Above all, the show thrives on the pressure.

A few tweaks were made in the past couple of seasons to improve on the criticisms of the show's devoted viewers. It is getting back on track, but Parker & Stone won't stop being offensive. And we can't wait to have it back on the air.