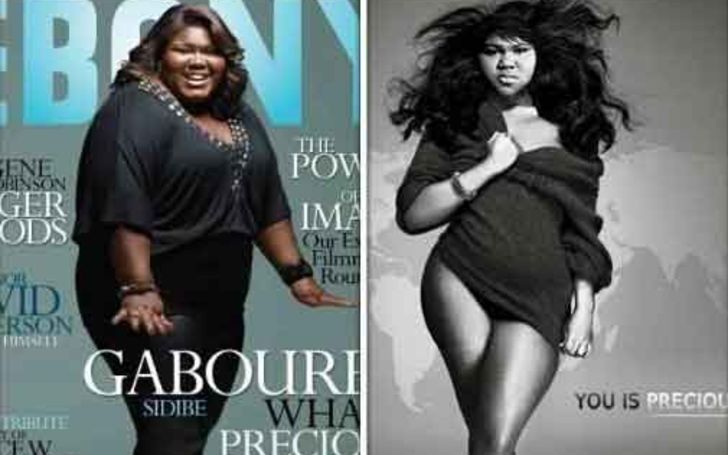 The gorgeous actress known for her roles in movies like ‘Precious,’ ‘American Horror Story,’ and ‘Empire’ is none other than Gabourey Sidibe. The American actress is a known name the industry who’s successfully bagged herself an Independent Spirit Award for Best Female Lead, nomination for the Golden Globe and Academy Award for the Best Actress.

Besides her work, something that stirred Sidibe’s name in the news is her exceptional weight transformation. If you are someone who follows a body transformation story, then this one will surely pique your interest. Even though the diva Gabourey left fans guessing with her exact weight loss, but it’s still enough for fans to recognize the significant changes in the actress.

Let’s get all the details on Gabourey’s fantastic weight loss transformation.

Some Insight on Gabourey Sidibe

The Tower Heist star was born on May 06, 1983, who made her acting debut through the movie ‘Precious’ back in 2009. It was a remarkable performance by her, which earned her the Independent Spirit Award for Best Female Lead. Her birthplace was in Bedford-Stuyvesant, Brooklyn, New York, but she was raised in Harlem.

Gabourey's message to the world is to mind your own body, for a healthy body.
Photo Source: Variety

The actress birth parents are mother, Alice Tan Ridley, who is an American R&B and gospel singer from America’s Got talent and father Ibnou Sidibe, a cab driver. Although she grew up most of her life with aunt Dorothy Pitman Hughes, a noted feminist activist.

Even though the actress was an epitome of new talent, she was trolled continuously throughout her life journey. Whether it was high school turning into a battlefield or the media turning her into a troll.

Sidibe used to be bullied all through out her high school.
Photo Source: Dorothy Diamond

Gabourey was looking forward to shed some weight for ages, so this decision of hers was anything but unplanned. According to her, she lost weight to feel better in herself, being able to perform daily tasks without her weight is an issue.

How Did Sidibe Shed Body Mass?

The 32-year-old actress chose to remain tight-lipped about her starting weight and her goal weight. She feels that sharing her weight loss number is not the right thing to do. So, now we talk about how did the Empire star actually reduce a massive amount of weight?

One of the significant help was a Laparoscopic Bariatric Surgery, which she did in May 2016. This came after she was diagnosed with Type 2 diabetes. Laparoscopic surgery includes a variety of procedures to make changes in the digestive system of a person.

Recommended: Rupert Grint Net Worth - Find Out How Rich the 'Harry Potter' Star is

Gabby’s nutritionist , Susan Powter warned her how the weight loss would change her whole life. After all she was going to lose a chunk of her body. But it worked out well for the gorgeous lady as she rose to become more confident and happy with her body,

Diet Regime and Restrictions For Gabourey

Sidibe gave her full dedication to shed off her excess weight, and by the looks of the hardcore regime, it worked wonders. She eliminated 500 calories from her daily diet while also skipping some of her favorite foods like soda, and processes food.

The actress revealed that even after surgery, she strictly survived on liquids. However, now she indulges in five meals a day and eats the meal plan according to her nutritionist. Besides the eating habits, Gabby got rid of all the laziness, lethargy and sluggishness.

You May Also Like: Maneet Chauhan Weight Loss - Find Out How an Indian American Chef Lost Weight

All thanks to her exercise routine. The actress has a personal instructor who’s made a cardio program for her, including lunges, squats, core programs, treadmill, leg press, barbell curl, and many more.

Hope you found the article informative. For more of these content make sure you subscribe into Glamour Fame.