home Entertainment Get Every Detail of Jason Momoa Tattoos

Get Every Detail of Jason Momoa Tattoos 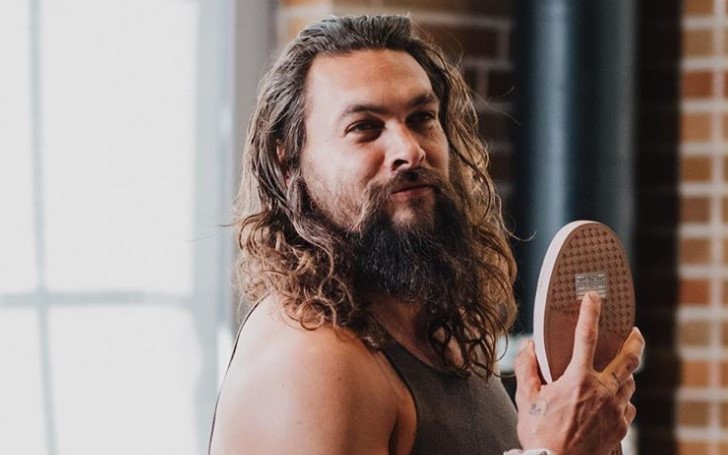 The Aquaman actor, Jason Momoa is making the rounds of tabloids recently as he will be playing on Apple's epic series, 'See.'

But Jason never really needs a next venture or project to make news on the internet. The 40-year-old actor is the heartthrob of millions, so people never really give a chance to faze out his presence from the internet.

While talking about popularity, the actor is famous for his role as Khal Drogo is one of the highly acclaimed TV series, 'Game of Thrones.' He is loved for his stature, acting abilities, charming looks, and even his tattoos.

So we gathered some worth mentioning tattoos of your beloved Khal Drogo. So without further ado, let's all the cool and important tattoos Momoa has and also try to dig in to find the meaning too.

Pride of Gypsies is in love with his bag.
Source: Prideofgypsies/Instagram

Jason Momoa's arm tattoo is the show-stealer; many people love his Hawaiian tribal tattoo. And according to tattoo artists, those random lines has so many stories to tell.

Jason has a tribal shark teeth pattern on his left forearm, which is the most prominent one in his body. The tattoo signifies he has his roots in Hawaii, which he revealed in 2013 saying it's a tribute to his 'aumakua' (a family god, often a deified ancestors.)

Aumakua is often manifested as animals like sharks or owls; In Momoa's case, his aumakua is a shark.

Momoa Inked His Children Signature on His Chest

Jason has a signature of his two kids on his chest.
Source: Jason's Instagram

Jason is fierce, brutal, rough but also has soft sides, which he clearly when he inked his children signatures on his chest. This proves nothing, but he is a total family man.

Moreover, if you are rocking a well-sculpted body like Jason's, you deserve a tattoo. As you can see for yourself on the picture, the red marking on his chest, they are the signature of his two children Lola, 12, and Nakoa-Wolf, 10.

If you are a fan of Khal Drogo - oops! Jason Momoa, then you must be aware the GoT alum started a production company back in 2010, which holds a lot of sentiment for the actor.

Moreover, the actor uses Instagram with the same name. His Instagram handle - @prideofgypsies, is well-known among his fans and boasts more than 13 million followers.

Since the name is important for the actor, he inked it on his inner arm, because why not!

A few Other Tattoos of Jason Momoa, Small but Worth Mentionable

The skull above his thumb: The actor's tattoo does not really signify a deep meaning; however, it's a clear indication Jason loves the skull arts.

The next, which is quite intriguing one, is 'Diablo' on his middle finger. Just imagine Jason showing his 'Diablo' tattoo to people, that person needs to run for his life, ASAP.

The actor revealed his middle-finger tattoo in 2014 when he took to his Instagram to show his thirteen-something-million followers. But fear not, according to the star, it's an ode to his best friend who died in 2018, so we are safe.

Jason loves to stay drunk, be it in life or with alcohol, he never really misses a chance.
Source: Jason's Instagram

The next mentionable tattoo is, 'Etre Toujours Ivre,' on Jason's forearm. It's a French phrase that translates to 'always to be drunk.'

Well, it could mean 'to be drunk' on love, life, or anything, but we know how much Jason loves drinking a good pint of beer.

He even traveled to Ireland when he was still filming for GoT. The actor shared he was financially struggling as he was not a celebrity at that time, but all those things could not stop him from taking a sip of good ole' pint of Guinness.

To know more information about your favorite celebrities' lifestyle, stay tuned to Glamourfame.com, and don't forget to sign up for the newsletter.