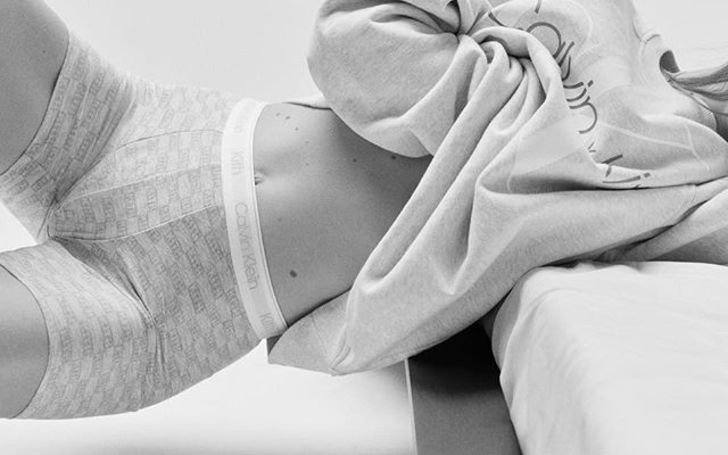 The super brand Calvin Klein has taken a huge step in its career journey. It has collaborated with another famous brand named Kith for an unforgettable all-American collaboration. The exciting news doesn't end here,the awesome collaboration has also had a supermodel Jelena Noura 'Gigi Hadid' featuring. The brand Calvin Klein has its own popularity and introduction in the world but brand Kith is a New-York based streetwear that is now heading towards its breakthrough.

Calvin Klein has provided Gigi a lot for her career and has always been popular for the photoshoots as well as awesome models. Being active from the year 1990s into the showbiz industry and all, the brand has also given some inspirations for other brands as well.

The campaign of collaboration released some pictures which became viral in the model and brand industry. The pictures are reported to be shot by Cass Bird, a famous photographer. The styles as well as techniques and posture were supervised by Gabriella Karefa-Johnson, a Garage Magazine's fashion director. Model Hadid posted the photo on her Instagram and the critics started to rise various questions and rumors including the pictures.

Also, check out: Osaka Boyfriend Middle Finger Controversy: What is the Fuss All About?

Her collaboration with "dream billboard" was also notified through her post on Sept.4. She also informed the public that the campaign pictures were taken before her pregnancy at the beginning of the year.

New collection of released inner wears have been getting a lot of appreciation and critics' review. Although, it is the first time that some brand's logo has been printed on the waist part of Calvin Klein's product. This time, the product has tried its talent ranging from boxer briefs to asymmetrical bralettes. The  different colors of the product such as black, White, light heather grey, cinder, and Woodrose.

Further talking about the products, they are designed from cotton stretch fabric with Kith's classic monogram logo. The boxer briefs are available in sizes ranging from XS to XXL. The retailing price has been said $32. Along with underwear, it has also extended it's the product to a laser-cut racerback bra and cotton jersey T-shirt.

Recommended: Does Jesse Metcalfe Have a Wife or Girlfriend? Find Out About Actor's Relationship in 2020

With Gigi Hadid as a model for the brand, the products are likely to gain popularity and will be bought in the meantime.