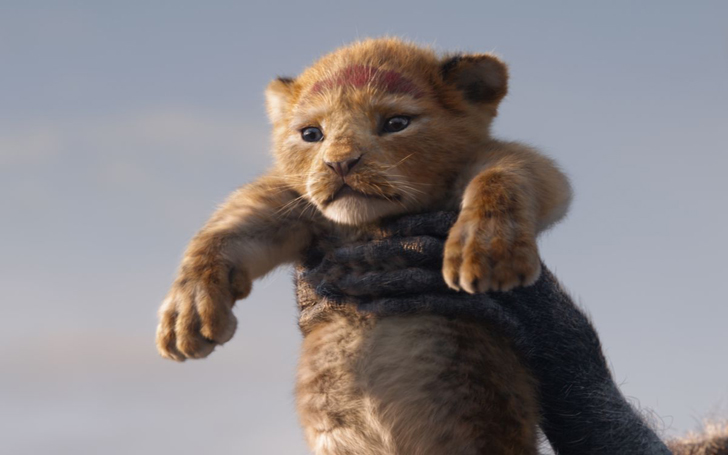 Disney used real cub as a reference for young Simba and she is adorable.

The Lion King remake is winning hearts all over the world, and the box office receipt is evidence to the fact. Simba and his friend’s quest home to take his place as the rightful protector of the Pride Lands was something which struck a chord in people’s heart in 1994, and the same is the case with the live-action remake as it is breaking records and making people nostalgic about their childhoods.

The critics and some fans were not happy with the movie as most people complained the film felt like a shot for shot remake of the original with nothing new to add by the 2019 creative team. But everyone was on the same page about what they saw on screen, the photo-realistic image on the screen of the lions and other animals was something we never saw before. The Lions looked so real, and now we know why we were so taken by the baby 'Simba', it’s because they used real lion cub, Bahati, as a reference while making the live-action version of Simba.

It is a known practice among motion capture artists and animators to spend some time with the things they are creating to understand the behaviors and movements better. We’ve all heard the stories of Andy Serkis spending time with Gorillas to portray his role of 'Caesar' in 'Planet of the Apes'. It was the same with animators at Disney who were provided with footage of a young cub in the Dallas Zoo to capture the essence of a baby lion better.

Dallas Zoo recently posted a video of Bahati making some adorable noises and lying on her belly, which in itself is adorable but watching the video will make you want to travel to Dallas just to see the lioness yourself.

“BAHATI OR SIMBA?: The world's most famous lion cub may have gotten some of his moves from our very own Bahati!” the zoo shared in a Facebook post. “When Bahati was just a month old, we provided Disney with video of her movements for their animation team to use for motion and behavior reference when designing Simba in The Lion King. From walking on wobbly new legs, to licking milk droplets off of her face, we captured every moment, no matter how small. So now you MUST go see Disney's The Lion King, and let us know if you see any bit of baby Bahati in Simba,” they continued.

The zookeeper filmed the one-month-old cub for almost a week as the lioness who is two years old now was filmed eating meat for the first time, licking milk off her face and walking. All that resulted in Disney using the footage as a reference and in the process made Bahati the most famous lioness in the world.

Disney did a fantastic job of bringing the animals to life as the movie felt like a National Geographic animal documentary as everything was done to perfection. That was a commendable job by the studio, but that was also a point of contention for fans who thought the images were too real for their own good. Since Jon Favreau went with realistic imagery, and they couldn’t give the animals emotions as the animated movie did in 1994. If they gave the animals facial expression, then it would’ve ruined the illusion of the animals looking real.

It was a price the creators paid to bring The Lion King to life, and it was a creative decision by Jon and his team. After watching the movie, we can say we were happy with what we saw, at least they did Bahati justice.