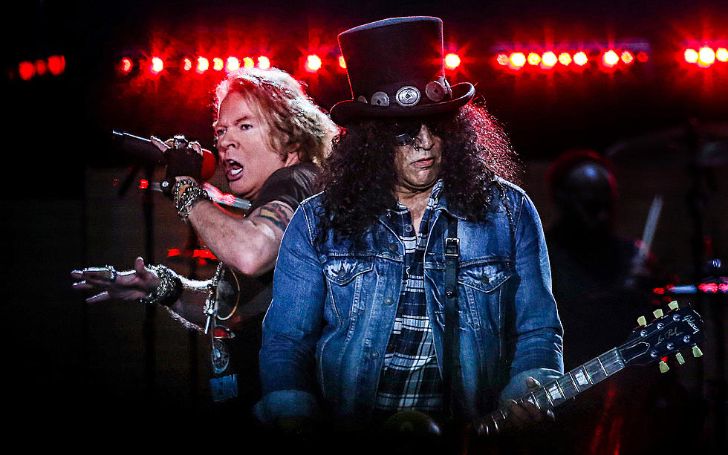 What actually happened was the five-man-band former record label A&R producer Tom Zutaut auctioned all his storage unit, which included some released track of G n R from 2000 and 2001.

It's still unsure Tom did it on purpose or just while cleaning off his closet, but as per reports from TMZ, the die-hard fan named Rick Dunford paid $15,000 to get his hands on the materials.

Shortly after the trade, the rock band manager found about the deal and re-purchased the recordings from Dunsford and made an agreement not to leak it.

But shortly after the contract, Rick released the song as it began to appear online. And as in now, the Universal Music Group is now planning to file a lawsuit against Dunsford.

Well, this is not the first time, Rick has felt consequences for his piracy acts as prior to the case, last year he was banned from Guns and Roses concerts due to the involvement in the leak.

Dunsford explained after being removed from the band's Oct. 2019 show in Wichita, Kan. "The ban is pretty much for the rest of my life. They made it clear that if I am spotted at all, I will be arrested on the spot."

Rick has now been lifetime banned from any GNR show.
SOURCE: GunsNfnRoses

From his part, Dunsford insists he is not involved in the leak sharing that he was not the only one who bought the GNR recordings

I know the seller that I bought them from was continuing to sell to other individuals, and there was a massive leak. So pretty much, I've been blamed for this.

Later during the interview with TMZ, the band's representative expressed his disappointment sharing it was tremendously frustrating seeing the 'executive producer who was there with the band from scratch auctioning off the unreleased material'.