home Entertainment Does Gus Johnson Have a Girlfriend? Facts About His Dating History!

Does Gus Johnson Have a Girlfriend? Facts About His Dating History! 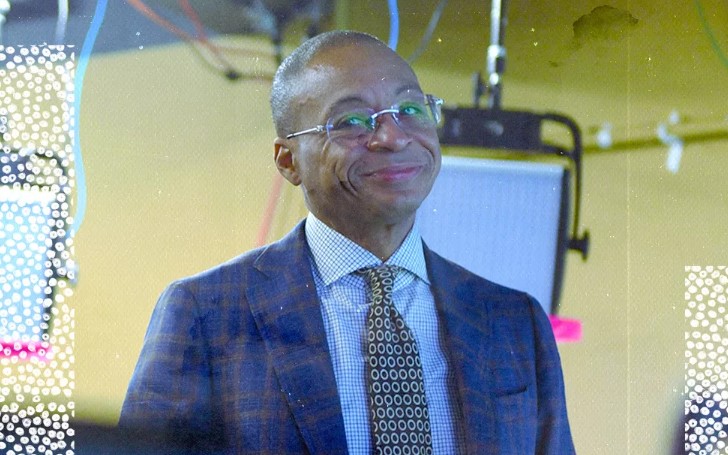 Gus Johnson (born Augustus Cornelius Johnson Jr.) is a well-known name for anyone who follows sports. Gus is an American sportscaster; he is known for his uniquely talented voice, which captures every moment of a field.

Born on August 10, 1967, Gus is currently working with Fox Sports as a sports commentator from 2011 to present. Gus Johnson, no doubt, is one of the most talented commentators, but we dug a little further to know about his personal life.

So, is the Fox Sports commentator dating anyone or married? Let's find out just that.

Watch: The Most Exciting Voice in Sports - Gus Johnson Best Calls of All Time

You know celebrities don't really reveal about their personal life; however, they can't keep their private life away from public eyes for too long. We found out the 52-year-old sportscaster is currently single.

But Gus has not been single for too long, according to some reports; in fact, he was close to marriage, but something happened between the former couple and decided to split up.

Gus Johnson Recalls Small Things His Ex-Girlfriend Used to do

Since it's clear by now, the 52-year-old star is still single, as he still recalls small things his ex-girlfriend used to do.  Talking to one of the outlets, Gus revealed he enjoyed how Hooper used to pick out little things about him.

Also Read: Complete Breakdown of Rapper Chamillionaire Net Worth 2019; What is he up to?

Adding more to his statement, the sportscaster said she was really good at picking small things about him, adding, he stressed why she was so good at it.

Apparently, Joy Hooper, after her Master's degree, started teaching at the same university where she got her master's degree from, which is Penn State. Gus described his ex-girlfriend 'a masterful actress and a teacher.'

Which makes sense, and we can't argue more on the topic. Sure Gus tried to use his touch of humor too. Adding, Johnson,52, said: "she was able to do those things, and do them well."

The sportscaster recalled a moment where Hooper had an honest discussion with him. Joy, with her serious face, told Gus, "you're doing a good job. But when you let that little black boy from Detroit out of his cage … Then you’ll be a superstar." And look at now, he sure is a superstar, which just proves she was a good reader and analyst, we suppose.