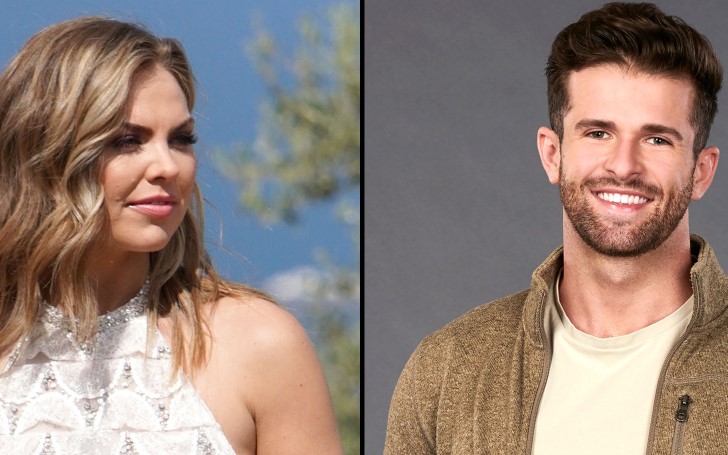 Engagement, wedding, and wedding receptions are times when we rejoice to be part of. But during those events, we also run into something awkward moments.

Something similar happened to former 'The Bachelorette' star, Hannah Brown, when she bumped into her ex, Jed Wyatt while attending her friends, Hannah Godwin and Dylan Barbour's engagement party.

The couple exchanged the ring on February 23, 2020, in a Beverly Hills home, with a big bash. Since almost all Bachelor Nation star appeared, Hannah and her ex-fiance also showed up for the event.

While Brown was alone, Jed came with his new girlfriend, Ellen Decker. While Wyatt moved on, it seems Hannah is having a tough time finding a right man as she admitted the reality star is not dating anyone at the moment.

Hannah and Jed seemed to enjoy the party a lot, but, it is for sure, the former couple was having a really awkward moment. Though the two tried their best to hide their awkwardness.

When asked why she is still single, Hannah said, "I don't know how to do it. I'm like, 'I've gotta figure this out,' but I just like to sit at home in my pajamas!"

Well, she sure needs to step out of her home now and move on from her Bachelorette phase. There are plenty of men who are willing to date Hannah right now, it just that she needs to give them a chance, moreover, an opportunity to herself.

We hope this year, 2020, will bring some good news to Hannah, and hopefully, we will get to hear some good things about Hannah, not some baseless rumors.

You May Also Like: Demi Burnett's New Boyfriend Slater Davis is a Los Angeles-Based Musician/Singer

Having said that, we are really happy for Hannah G, and her fiance, Dylan Barbour. Hope they find an eternity of love in their life in days to come.