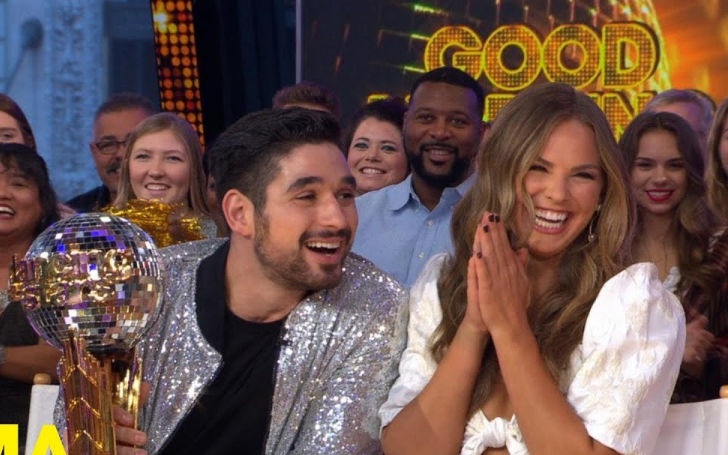 Hannah Brown and Alan Bersten raised the 'Mirrorball' trophy for the season 28 of 'Dancing with the Stars.'

Hannah Brown did it finally, and all 'The Bachelorette' fans could not be happier for her. Season 28 of the 'Dancing with the Stars' came to an end, and we finally have winners.

With Mirrorball Trophy on their hand, the two screamed and yelled wildly as they said, "I don't even know what's happening right now."

The 'People Choice' award winner and her partner were able to win through their way against comedian and actor Kel Mitchell and partner Witney Carson.

The winners were decided based on the combination of Judges' scores from the same night, vote cast from home-viewers as the show went live on ABC.

This win was not huge for Hannah alone, as this marked the first win for the pro dancer Alan Bersten as well, and his excitement during the announcement was palpable.

While these two managed to bag the 'Mirrorball,' Ally Brooke and partner Sasha Farber stole the third place, while Lauren Alaina and partner Gleb Savchenko managed to be on the fourth place.

Though Hannah and Alan won, judges' favorites were Ally and Sasha as they topped the leaderboard in first place on finale night with a perfect score 60 out of 60.

It's not like Hannah and Alan were not even close, they did pretty well, and the duo scored their perfect score on the final night, which was their first this season. Moreover, they were the fans' favorite, so the win was kind of inevitable for them.