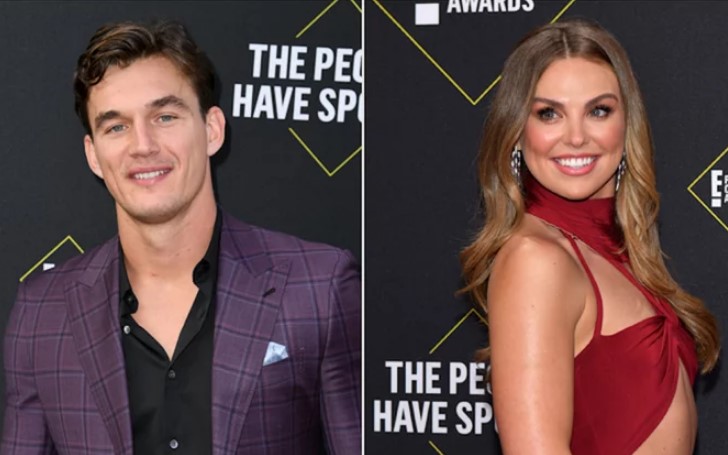 Hannah Brown revealed what Tyler Cameron said to her during People's Choice Award.

Though the contest for Hannah Brown's heart is over, a lot is going on between Hannah and Tyler Cameron lately. A while ago, we covered a story where the duo spent a night together in New York, and now the two met at People's Choice Award.

The meeting was inevitable as both were nominated for reality TV's 'Competition Contestant,' and with no surprise won the title over Tyler.

But there's more to their meeting at the People's award, according to Hannah, there's something Tyler said to Brown. Hannah, talking to one of the media outlets, said, 'He just asked about dancing. I told him I'm focused on that... That was a really quick 'hi.'"

Also See: The Bachelorette: Hannah Brown Calls off Engagement After Fiance's Half Trues and Lies

There was an instance when Hannah even tried to ignore Tyler just before the show kicked off. Hannah then responded, saying, "I actually saw him and his mom, and I said hello to them. I think it's really sweet that he brought his mom."

'Dancing with the Stars' contestant said she is not afraid to meet her ex again. Brown said, "think I have so much going on right now. I mean, I came straight from practice for the show tomorrow."

Hannah further added, "So there's no place for nerves, and honestly, I'm just really focused on myself right now, and I'm just really glad that I am able to be here and to celebrate the nomination of the award."

Well, both have moved on from the show, and they are doing pretty good in their lives. But since they have a label of 'Ex' but fans are speculating there's a possibility that label could change.

Well, time will answer the fans' curious mind about the two, till then let's see how Hannah performs on the reality celebrity dancing show, Dancing with the Stars.

For more information on your celebrities' lifestyle, TVs and Movies, stay tuned to Glamour Fame and don't forget to sign up for the newsletter.