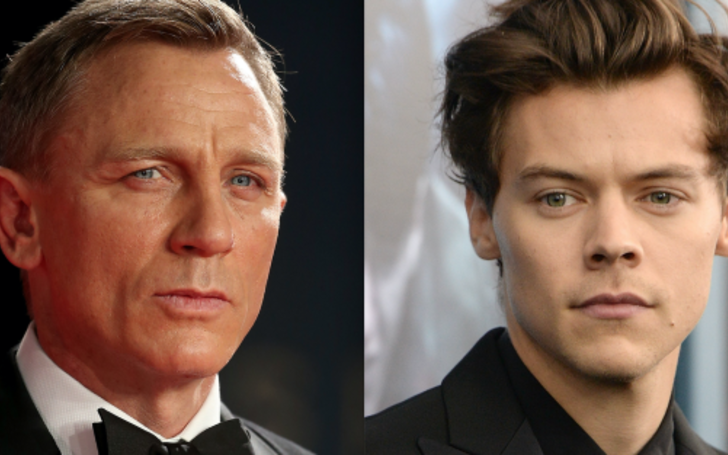 Harry Styles is enthusiastic to play in the Next James Bond Movie.

As the reports of upcoming 'No Time to Die' widely reported to be Daniel Craig's last outing as James Bond, fans and media have already speculated whom to cast for the next 007 franchise.

Among all the names, Harry styles was one of the top notches by fans and media outlets. When asked by the UK's Hits Radio if he will be willing to be a part of the upcoming sequel, the 'Dunkirk' star replied, "Yeah, I mean, who wouldn't? I grew up watching those. You know, I loved him when I was a kid. So I think it's kind of everyone's dream a little bit, right?"

Former One Direction star shows his interest to be part of the 007 family.
SOURCE: The Face

But these are just rumors to say the least, as the iconic star Craig is yet to confirm whether or not he will continue the iconic role. But his speech during the production of 'No Time to Die' in Italy left the room for speculations to come with the recent gossips going on - sounded like he was saying goodbye to something.

Many other possible names in the James Bond has tossed out from the role, names such as Tom Hardy, James Norton, Cillian Murphy, Idris Elba confirmed that they would not be playing the role.

But there are also some limitations and possibilities of Styles not going to get the role mainly because of the age factor. As the youngest Bond to ever cast was George Lazenby when he was 30, and Sean Connery was 32.

Let's hope, for now, to see Styles in the next James Bond and hope it doesn't turn out like the time he turned down to play the role of Prince Eric in Disney's 'Little Mermaid.'

Did You Know: Daniel Craig Set To Undergo Surgery After Sustaining Injury In Jamaica While Shooting New James Bond Film >>>

We hope you enjoyed the article, stay tuned and connected to find out updates on the recent Movies and Entertainment articles on Glamour Fame.