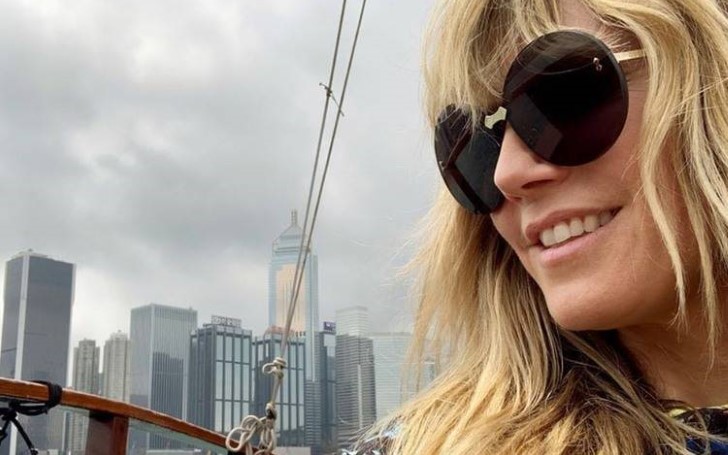 Runway or not, supermodel Heidi Klum is not bothered about showcasing her skin to the world.

The 45 years old star who is currently on a romantic trip with her fiance Tom Kaulitz took to social media to share a few images where the mother of four looks incredibly hot as she puts her model physique on display.

Standing in front of a glass window with the Hong Kong skyline visible in the background, Klum poses wearing nothing but just black striped panties. See the picture below. 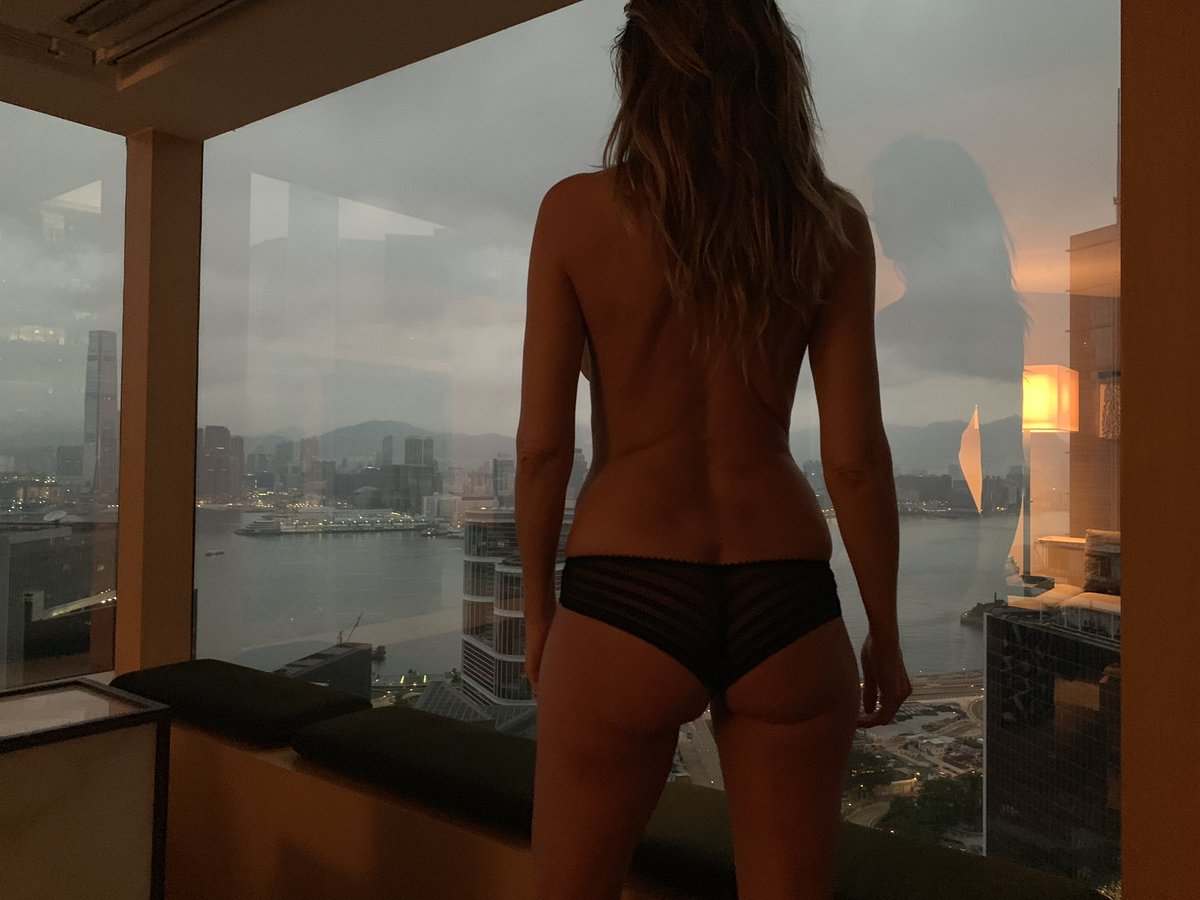 Keeping her layered shoulder-length blonde locks free as her side body profile and a little inside view of the room including the lamplight reflects over the window glass, Klum fiercely looks over the outside skyline view.

The rest of the pictures included numerous selfies with her rocker partner Tom who appears to be shirtless as he looks at his fiancee with all smiles on his face. 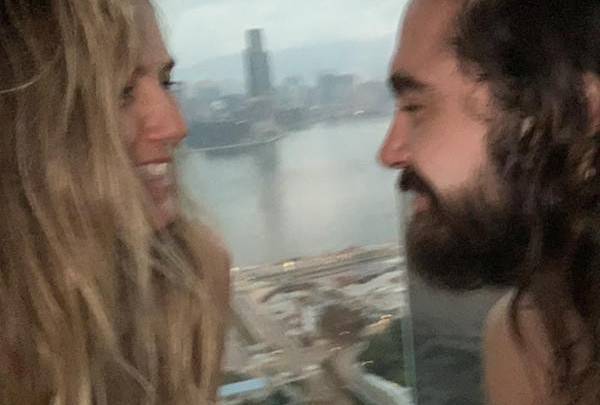 The former TV judge previously too shared a selfie of her reflection in the window writing, "Good morning Hong Kong. I❤️U" on the caption section.

The couple then invested the rest of their day by exploring around the famous Asian city. Heidi posted several other posts of the two enjoying a boat ride and an adorable cuddle session.

Likewise, another picture showcased the model taking a look over the city whilst she wandered around the busy Hong Kong street. In addition, the Klum looked super happy and stylish in her florist skirt, black boots, and her black leather jacket wrapped around her waist.

Klum and her Tokio Hotel guitarist beau got engaged last year in December. The model shared the happy news on Instagram with an all smiley selfie of the couple where she can be seen flaunting her dark stone diamond engagement ring.

The couple confirmed their relationship after they went first public together last year in May.

In addition, the model is sixteen years older than Tom who is only 29. And speaking of his relationship with her kids who she shares with her former partners, Heidi claims her children adorn their soon to become stepfather and that they'll be a big part of their wedding.

Heidi shares her first daughter, Helene Boshoven Samuel, 14, with ex-boyfriend Flavio Briatore, who she broke off shortly after announcing her pregnancy.