Here's Every Reference And Tribute To Robert Downey Jr.'s Tony Stark In Spider-Man: Far From Home 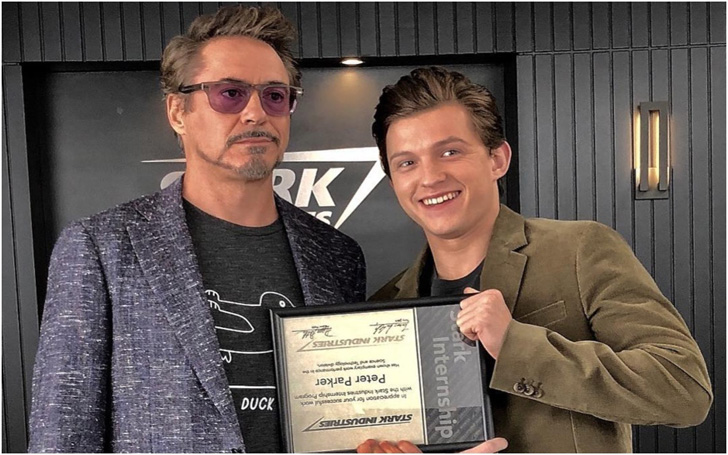 Tony was a huge influence in Peter's life and that is why he was featured so heavily in Spider-Man: Far from Home.

It has been over two months since the behemoth 'Endgame' made its way to the theatre, and still, the death of Tony Stark hits hard in all our hearts. That is why Tony plays a massive role in the story of Spider-Man, just to be clear, he is not resurrected, and he is not alive, but the memory of Tony Stark or more accurately for the entire world, the memory of Iron Man plays a considerable role in Spider-Man: Far from Home.

The movie was about Spider-Man not being dependent on Iron Man, and also the world finding some amount of closure after losing the best hero humankind had in the modern world. But even though Robert Downey doesn’t appear as the iconic Iron Man but his shadow looms large, and there are many references to the hero. Here we take a look at some of the appearance by Iron Man in Spider-Man: Far from Home.

The first shot of the movie after the title card is a tribute to Iron Man. As the logo of Marvel studio comes on screen we hear the song “I Will Always Love You” by Whitney Houston, you might think a weird song choice for the title card, but then the title transitions into a tribute by Mid-Town High to all the superheroes that lost their lives in the battle but still Tony was front and center in the tribute.

The next time we hear about Tony is when Spider-Man makes an appearance at the homeless benefit hosted by his aunt. Spider-Man is asked whether he is the next Iron Man, it gets too much for him, and he runs away then we see a big mural of Iron Man right near to where Spider-Man lands. He is affected very much by the mural as Peter becomes more emotional losing someone who was like a father to him.

Tony Stark was a massive figure in Peter’s life as he was the one who brought a 15-year-old boy and showed him how to become a man. The documentary on the plane about the superhero is even more hard-hitting for Peter as he is looking for something to divert his mind on the plane on his trip to Europe with his friends. It seems he cannot escape the image of Iron Man anywhere, not even on the plane.

As soon as the group lands in Italy, we can see Iron Man’s banner hanging in the airport as well as billboards all over the town. Iron Man was a beloved character all over the world, and it is nice to see that people haven’t forgotten who was the reason for saving so many people after the snap.

After a while, as Peter is walking down the steps, he sees a mural of just Iron Man’s helmet as candles were burning in front of the mural. The mural also reminds Peter that he did a good thing by giving the EDITH glasses to Mysterio and making him an Avenger.

The legacy of Iron Man is something Spider-Man has taken to heart, as he is defeated by Mysterio, both physically and mentally, Peter talks with Happy and with swollen eyes after crying he tells Happy, how much he misses Tony. This scene is really heartbreaking because we have seen people comparing Spider-Man to Iron-Man before and this was weighing down on Peter, but inside the plane was the first time we saw Peter also acknowledging the fact that he now has to step up, but he is so grossly unqualified to fill those enormous shoes. Peter gets the reassurance that Tony selected him to be his reason for a reason, and he has to believe that he is capable of standing up to Tony’s belief.

Also Read: Why Was Mysterio Picked As Spider-Man: Far From Home's Villain?

After that talk is when we get the old Tony and new Tony merging together on the back of the plane as 'Happy' shows Peter the secret suit making studio of Tony on the jet. Happy looks at Peter as he goes to work and he sees it as everyone in the theatre, a new Iron Man is born. If that wasn’t enough for you, Happy then puts on 'Back in Black' by 'AC/DC' as a call back to the first Iron Man movie.

Watch: Back in Black in the first Iron Man movie

Tony left a lasting impression on everyone in the world, but even though their time together was limited the love and affection Tony and Peter had for each other was incomparable, and that is why Peter coming to grips with Tony’s legacy was such an essential aspect of Spider-Man: Far from Home. This movie was also a measure of closure for everyone and also a tribute for the man who started it all. It is not just Peter and Happy; we all miss Tony.