Why Was Mysterio Picked As Spider-Man: Far From Home's Villain? 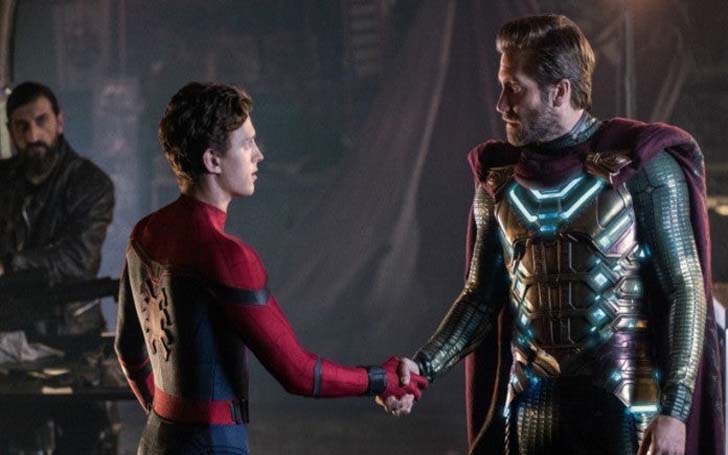 Mysterio was a weird selection as a villain, Kevin Feige explained the reasoning behind it.

Spider-Man has a plethora of villains to choose from in the comics any one of 'Kingpin', 'Doctor Octopus', and 'Green Goblin' would have worked fine with the movie as the main villain, but the director and producers chose a villain that almost all comic book readers have scoffed at. Mysterio is a well-liked character, but his fishbowl head and this green costume wasn’t precisely movie material but who are we to judge, people said the same thing about 'Vulture'.

Vulture worked brilliantly in the previous Spider-Man flick, and the same happened with Mysterio. Mysterio is such an out-there character that people need to be uber confident they can do justice to the character. Well, they did that exactly, they brought to life one of the most ridiculous characters in Marvel comics, and they did a brilliant job at that.

Spider-Man: Far from Home was released with Mysterio as a villain, as he came to Nick Fury, telling him that he is from another earth, here to fight elementals. As for Peter, he is grieving from the loss of Tony Stark, a father like figure for Peter, and this summer he just wants to go on a trip with his friends, but soon Nick Fury hijacks his vacation and pairs Peter with Beck to fight the elementals in the absence of other Avengers. We know Mysterio is a villain, but he was bonding so well with Peter we just wanted to believe that he was a hero, but then the rug was pulled from under us as Jake Gyllenhaal started giving one of the best expositions in movie history.

Mysterio just wanted to get the EDITH system that Tony gifted Peter, and he was aided by so many of former Stark employees. The revelation and the exposition and his motive are what makes him a great villain, the plot twist is brilliant, and it was like pages from Mysterio comics were torn out and turned out it was an excellent decision by the director and writer to make Mysterio the villain.

Kevin Feige sat down with Screen Rant to talk about the decision-making process that went into selecting Mysterio as the villain.

Getting into spoiler territory, so you’ll be careful how you use this. How exciting for us to actually do Mysterio. The fishbowl illusionist who everybody rolls their eyes out in the comics; the green smoke trails, we were like, “We gotta do that. We gotta swirl them around.” Which we really wanted to do, and showcase his illusion powers in a way that it kind of was in the comics always too: science-based, not necessarily magic...

The fact that Peter was having a crisis after losing a male role model in his life, who was like a father to him, the head honcho of Marvel wanted to introduce another father figure in his life. When the revelation happened, the director and the architect of the Marvel universe wanted another heartbreak for Peter and helped him grow into a responsible, independent man. Feige continued;

And also [we used the father-son dynamic] to make the turn not just an obvious “Well, of course, he’s going to be bad, he’s bad in the comics,” but also to make it more of a heartbreak. Because even though you know on some level, it must be coming, you like that relationship so much that it hurts you when it happens.

Jon Watts, the director of the movie, was also a fan of the character, so he wanted to try to bring him to life in a film. The doors it opened for bringing crazy spectacles on screen was one of the reasons he was super excited to do the villain. Watts said;

Mysterio enters the comic as a hero. So, I always took it right back to the source material and what made that character exciting initially. But in terms of how we ended up with Mysterio in the first place, I mean, I wanted to put a character on screen that we hadn’t seen before. Of the big, iconic villains, Mysterio was the one who jumped to the top. Because of who he is, what he may-or-may-not be able to do, it’s really opened up a lot of possibilities for the kind of story we can tell with him.

Mysterio was a risky move by a studio that is, at this point, not getting scared by diving deep into its library. It was a risky move, but like Vulture in the first movie, it paid off big time for the studio as they brought to life one of the most amazing villains in MCU history.

Mysterio died, that is a real bummer, but he is master of illusions, so it is unclear whether he is really dead or not. If he is not, then we would love to see him portrayed by Jake once again in future movies.