Will We See Mysterio In Future MCU Movies? 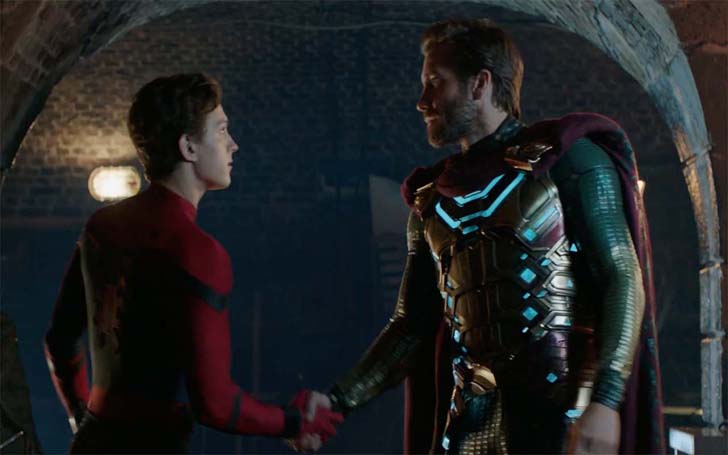 How will Marvel handle Mysterio in future movies?

The problem with Marvel movies is simple, there aren’t many great villains, and when we do get a great villain, it feels like a one-off. Many people had problems with 'Ego' and 'Hela', but they were connected to the story and not a villain because they had to be, they were villains because of the relationships they had with the heroes. Finding a perfect villain is a hard task, and from a studio that had one good villain of note before Infinity War, it is telling that they also had one of the greatest in Thanos.

Spider-Man: Homecoming had a brilliant villain, but 'Mysterio' definitely topped the 'Vulture' when he appeared in Spider-Man: Far from Home. Powered by Jake Gyllenhaal’s amazing performance Mysterio was a great villain, but like all the past villains of MCU, he fell into the same trap of one-off Marvel villains. He was a compelling villain, and the movie got rid of him after one movie.

Well, maybe not, we might get Mysterio for future movies. It may seem as the villain is dead, but that doesn’t rule him out for future films. The villain in Spidey sequel is an exact representation of the villain from the comics, as a disgruntled super villain who wants the world to think that he is a hero. In this movie, the plan of Mysterio hinged on the teenage superhero giving Mysterio the glasses that Tony gifted 'Peter'.

The glasses held the key to one of the biggest weapons in Marvel movies, and Mysterio used it to create illusions so that it may seem like he is the hero. When his illusions stop working and Spider-Man uses his “Peter tingle” to get through the illusions, he uses a final act to confuse Peter, when Mysterio tries to shoot Peter the bullet ricochets and hits him, and he dies. Well, he seems to be dead. Then in post-credit, we see that one of his lackeys edited the footage of his death to look like Peter was the one who killed the Mysterio in cold blood.

In the end, Spider-Man is the villain and Mysterio is the hero. The thing that is in most of the fans mind is why 'Beck' would go through all those troubles just to portray Peter as the villain when he knows he is going to die and won’t be able to cash in on his fame.

Maybe Beck had nothing to do with the release of the footage, and he is just there to tool that someone else used to make Spider-Man the villain and then fill the void of Mysterio by themselves. In the bar, we saw so many of Tony Stark’s former employees who hated him, and they all must be well versed in the illusion tech, and any one of them can pick up the mantle and be the next Mysterio.

Jake Gyllenhaal can himself come back as the villain, what would be a better story; a dead hero comes back to life to take revenge against the fake hero who killed him, or someone else becomes Mysterio. There was something surely going on in Beck’s head after Spidey dropped the illusions and Mysterio asked his people to lose all the illusions and show people the drones. He definitely had a plan and the way the footage was doctored we know that he instructed his people to execute the plan. Mysterio, for that reason, feels like he escaped, and you might say that EDITH said to Spider-Man there were no more illusions, but since Beck was the one who created the device he might have manipulated the device to hide himself from the device, just like the Skrulls posing as Nick and Maria were able to avoid the tech.

Mysterio realized that he was not going to defeat Spider-Man, so he made himself the hero of the story and Spider-Man, the villain. There needs to be a certain amount of payoff for that act in the forthcoming movie to make it all worth it or the whole point of outing Spider-Man would be moot. Mysterio’s decision to out Spider-Man has us believing that he will be back in future movies so don’t be amazed when Spider-Man three has Mysterio as the villain again.