home Movies & TV Shows Spider-Man: Far From Home - Why Did Tony's EDITH System Fail To Detect Fury And Hill For Who They Really Were?

Spider-Man: Far From Home - Why Did Tony's EDITH System Fail To Detect Fury And Hill For Who They Really Were? 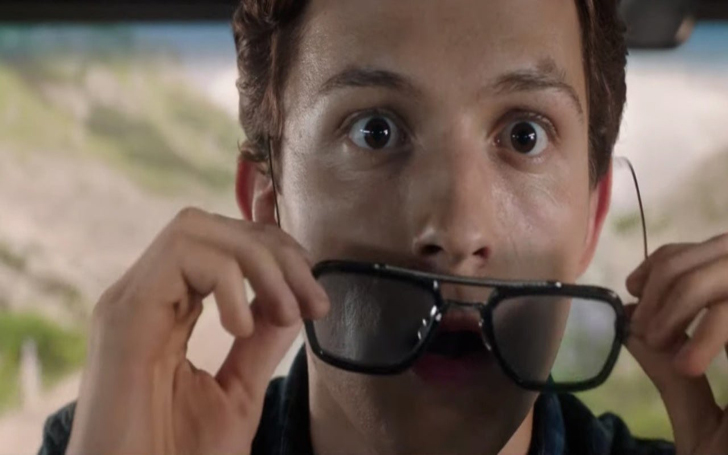 Some crazy rumors are circling about the reason for EDITH not being able to detect Fury and Hill.

Superheroes movies almost always end in a happy note as fans, and casual moviegoers can enjoy the hours in the theatre and then go home and not think about. This was not the case with Spider-Man: Far from Home, to say that the movie was wrapped up in a neat bow is a gross mis-representation what really transpired in the film.

Spoilers ahead for Spider-Man: Far from Home and Captain Marvel.

At the start of the movie, we find Peter struggling to come to grips with Tony’s legacy, as someone is a homeless benefit asks if he is the next Iron Man. 'Peter Parker', if you have watched the previous movies or read the comics, has had a very complicated relationship with male role models in his life. By complicated we mean, all of them have died, 'Ben Parker'-dead, 'Richard Parker'-dead, Tony Stark-dead, even his mentors Doctor 'Curt Connors' and Doctor 'Otto Octavius' become his arch enemies. So, it understandable that Peter is having a hard time reconciling with the fact that someone who taught him to be a man is now gone. Tony is a flawed man himself, and the tech we are about to talk about is an example of Tony trying to do the right thing, but it backfired, but he trusts Peter like his own son and when Nick Fury gives the glasses to Peter, the burden of being a superhero is even more compounded on Peter.

The final gift from Tony is one of the most powerful weapons in the world as EDITH (short for ‘even dead I’m the hero) can access anything in the world and map the targets digital footprints and call in aerial drone strikes. When we first see Peter use EDITH, he almost kills his friend after mistakenly calling in a drone strike. These glasses that Tony left for Peter are very sophisticated and deadly, and it can decode and find anyone, but one problem about these glasses is they couldn’t detect the Skrulls posing as Nick Fury and Maria Hill.

Two theories are circling around the internet as to why EDITH could not detect Nick Fury and 'Maria Hill'. The first theory goes, Iron Man was a Skrull in Endgame, this explanation is going to infuriate many fans, but according to this theory, Iron Man was a Skrull, and he made the glasses for Peter without the ability to detect Skrulls. If this were true, then this would be a huge cop out by the writers of the movie as the moment of the death was so touching and now if it was just a Skrull and Robert Downey is back, then that would be just disappointing.

Another theory that is making the rounds is that Tony never knew about the shape-shifting aliens. Though Nick would have told Tony everything about protecting the earth, Nick would know that Skrulls are not a danger to the planet and Captain Marvel protects them. A shape-shifting alien would make Tony queasy so Nick must have kept the secret to himself about the Skrulls. Since Tony never knew of the aliens, he couldn’t program the AI to recognize the Skrulls.

Whatever the reason, this device was another questionable call in Tony’s legacy. He meant well, and he gave the device to the one person he trusted and cared for the most, but like all the devices Tony has created this one is dangerous when falling into the wrong hand. This device is a miniature version of the giant mass killing machine that Hydra was trying to launch in Captain America Winter Soldier. Project Insight identifies people from space and then kills than with one push of a button, which is the same thing with EDITH. But the discussion of the weapons created by Tony is for another day.

Now, whatever the consequences of the weapon, EDITH is back with Spider-Man and the way the movie ended he is going to need it to identify whom to trust, and whom to not, well as long as they are not Skrulls.

Where Exactly Is Nick Fury During The Post-Credits Scene Of Spider-Man: Far From Home?

Here's Every Reference And Tribute To Robert Downey Jr.'s Tony Stark In Spider-Man: Far From Home

Spider-Man: Far From Home Writers Tease The Possibility Of Other MCU Characters Being Skrulls

Why Was Mysterio Picked As Spider-Man: Far From Home's Villain?

Robert Downey Jr. Promises Avengers: Endgame Will Be The Most Unpredictable MCU Film Ever!

Fans Would Rather See Captain America Die Than Iron Man In Avengers: Endgame