home Movies & TV Shows Where Exactly Is Nick Fury During The Post-Credits Scene Of Spider-Man: Far From Home?

Where Exactly Is Nick Fury During The Post-Credits Scene Of Spider-Man: Far From Home? 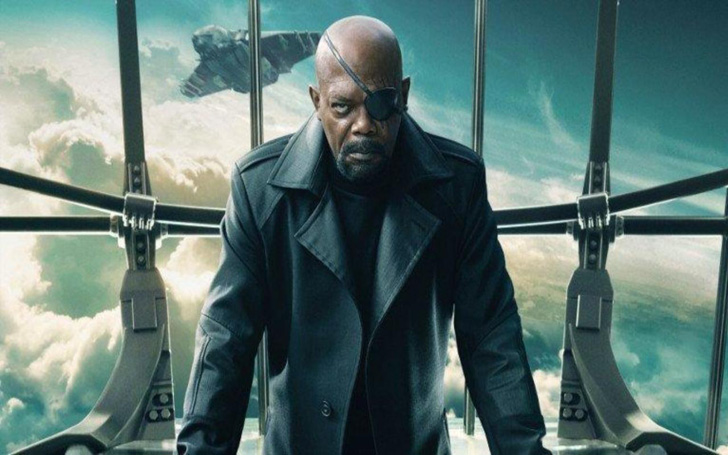 Nick Fury was in a weird place by the time Spider-Man: Far from Home wrapped up.

Spider-Man: Far from Home swung into theatres on July 2, 2019, with it came expected laughs, expected Tony moments but also some much-unexpected consequences. Spider-Man had the task to follow Endgame, and this movie was more like an epilogue for the last film. Even the opening showed a list of heroes that have passed away and Spidey sequel had the task of not drowning under pressure.

Major Spoilers ahead for Captain Marvel and Spider-Man: Far from Home.

For help, Marvel brought in Nick Fury, 'Maria Hill', and 'Quentin Beck'. Most of the fans know who Nick and Maria are, but Quentin was a new addition to the group. Played by Jake Gyllenhaal Quentin is said to be from another earth and here to fight elementals but as it turns out it was all an elaborate and believable illusion by 'Mysterio' using the Stark tech BARF.

It was a bit confusing as to how one of the most paranoid people in the world, who wears a bulletproof vest inside his own facility, was fooled by the illusion of a psycho tech guy. Well as it turns out, Nick Fury wasn’t Nick Fury, in the post-credit scene we see Maria Hill turn into a pointy-eared green alien and then Nick Fury turns into a green alien himself. These were the two people who were one of the major plot points of Captain Marvel, released in 2018.

Skrulls, as it seems, have taken over the role of Nick Fury and Maria Hill, then they contact someone on the phone and leave an awkward and vague report of what exactly happened on earth. Then finally we see the real Nick Fury, in a picturesque beach, probably vacationing after the events of Endgame. But then he stands up, and we see that the beach is just a hologram projection and Nick is on a ship heading somewhere. He gets out of the cabin and shouts everyone to get back to work, we see more Skrulls, and then Nick asks where his shoes are then the end credit scene ends.

This little scene answers a lot of questions on people’s mind as to how Nick Fury got fooled. Well, he isn’t Nick Fury, only a Skrulls who can walk, talk, and pretend to be Nick but does not have Nick’s experience. It is so out of character for Fury to trust someone who appears out of thin air that it makes no sense what so ever.

There were some minor hints throughout the movie about Nick not being Nick. First of all he out of his element, Nick Fury is the man with the plan, he knows what to do and when to do it, but here he didn’t even know how to contact the Avengers. Scarlett Witch was most probably on earth, but he chose a teenager who just doesn’t want to be there. Then there is Doctor Strange, but Skrulls probably steered away from them because he could have figured out Nick is not Nick.

The most telling hint was when Tom uses Captain Marvel’s name. Nick tells Tom not to invoke her name. We know Nick and Carol have a good friendship, but we also know that they were together for a couple of days and when someone speaks her name for Nick to treat the name as a god-like figure is just weird. We know that Carol helped out Skrulls and vowed to find them a new planet to settle in, so it is understandable that Skrulls treat her like a god-like figure, but for Nick to talk like that, it made no sense.

We here love Talos, and it is fun to have an incompetent Nick Fury having a teenager back. Plus Ben Mendelsohn is superb; we love Star Wars Rogue One just because of him. We can’t wait to see more of Talos on earth.

As for where Nick is, well it seems Captain Marvel has some unfinished business and it appears to be a big one. Earth is reeling from the events of Endgame, Avengers are not there to protect earth anymore, and for Nick to leave behind a teenager to protect a whole planet and go gallivanting into space, there must be something essential and big at stake.

The exact destination of Fury is not known, and we know of only one person he would travel billions of miles for, and that is Captain Marvel. We will most likely see Fury in the next Captain Marvel flick, and we aren’t really mad about that, Carol and Fury made a significant and funny team together, and it will be fun to see what those two cook up in the Captain Marvel sequel.

Spider-Man: Far from Home is now in theatres, if you haven’t seen it, make sure you stick around for the mid-credit scene where a fan favorite makes a cameo.