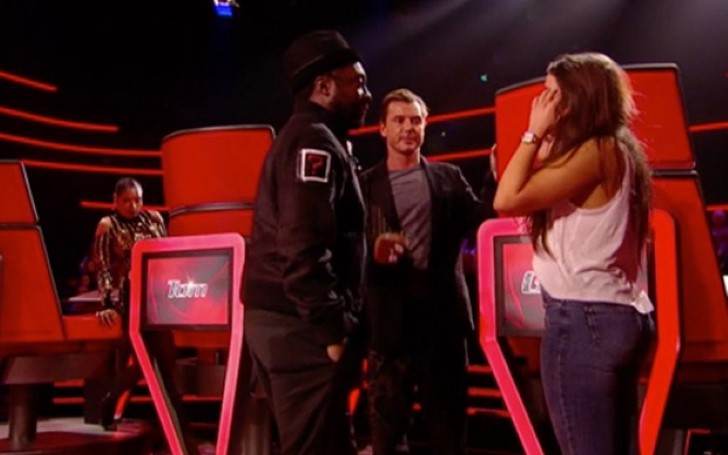 The reason behind the judge's queer choice of outfit in The Voice UK is finally revealed.

For the past seven weeks, judges from The Voice UK Olly Murs, Tom Jones, Jennifer Hudson and will.i.am were observed sitting through the blind auditions in the same outfit.

Moreover, the judges' constant appearance without the slightest change in their overall costume from top to bottom including their hair over two months of auditions was actually a filming requirement.

The blind auditions were filmed over a course of one week and the coaches were instructed to look exactly the same each time they went on the set.

The reason behind the consistency of the outfit was to avoid continuity error in editing while switching between auditions filmed on different days.

The outfit consistency rule during the audition was no different even when the show was on BBC, however, unlike BBC ITV doesn't strictly monitor the outfits judges can wear.

Fortunately, on the upcoming Saturday's episode where battles begin, we will finally see the change in Judge's outfit.

Also read: Ariana Grande Reveals She Recorded Alternate ‘Thank U, Next’ If She Tied The Knot With Pete Davidson

The Voice UK continues next Saturday on ITV airing first of the battles.