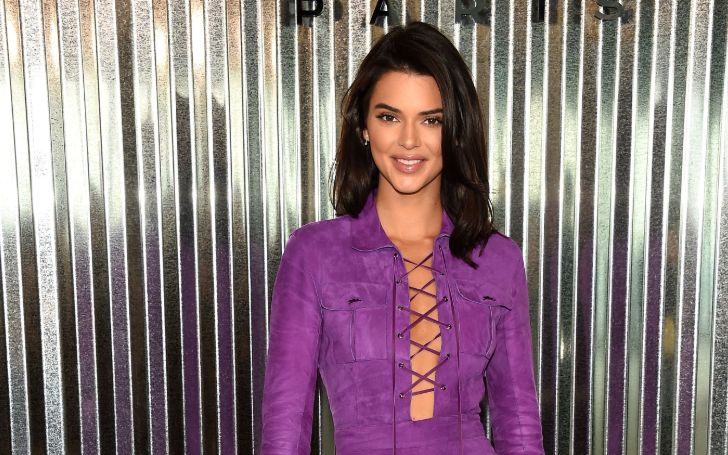 Kendall Jenner recently opened up about her reluctance to share her relationship details to the world.

The 23-year-old model talked about her decision to keep her personal life private in an interview with her friend Hailey Baldwin on Apple Music’s ZAZA WORLD RADIO earlier this week.

Hailey, who is apparently married to Justin Bieber praises her friend and says she is a great girlfriend.

"They may have this idea and perception in their mind that you kind of, maybe, just throw people in the trash when you don’t like them. It’s not the truth. She doesn’t like to waste time! I don’t think that that’s a bad thing."

Kendall then gets candid about her privacy rule to avoid unnecessary drama due to the exaggerated focus on her lifestyle starting from who she sees to whom she dates.

"I know when I’m off it, and I get off it really easy. But it’s not just for no reason. Someone has to do something to make me off it. I think that especially because of the lifestyle that I live everything is so magnified and everyone wants to know things, especially about your love life. A lot of the relationships that I’m in, I’m in it, and I’m in it with that one person and I’m a very loyal person once I’m fully in it.”

Keeping up with the Kardashians star further explains her reluctance in opening up about her personal details to the world is because of the unreliable opinions people would pass around about the things which the reality star would also not be so sure about.

"I don’t want to let the world have their opinion on something and let them fully into something if I don’t even know what’s gonna end up happening in the next couple months because it’s something I’m going to have to explain."

In addition, the model sparks light on the publicly announced relationships in which people have to explain to everyone after it fails to work.

"The amount of times I see people together for a couple months and they’re together so hardcore and they show it and they flex it everywhere and a couple months later they break up or something happens. They have to explain themselves to everyone."

The model doesn't want to "do all of that unless she's completely certain in a relationship or it’s been a while."

Furthermore, Kendall doesn't see a reason behind making everything public as a relationship is strictly a private bond shared between two people.

"I’m in relationships for myself, for me and that other person, not for anybody else, so I don’t find the need to be flexing it like that.”

Earlier, Kendall was linked to Harry Styles, A$AP Rocky, Blake Griffin, and as for now, the reality show star confirmed she has been dating Ben Simmons during an appearance on The Ellen DeGeneres Show. But the details about their relationship is still private.