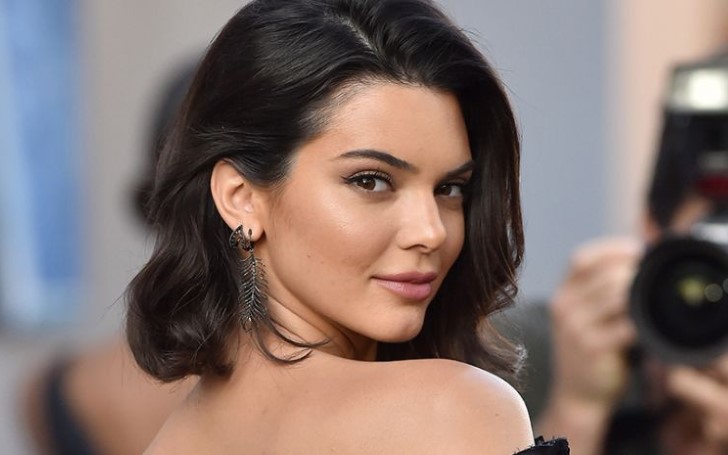 Victoria Secret Model Kendall Jenner Causes another controversy again as she went braless flashing her nipple through a transparent gown at the British Fashion Awards 2018.

All eyes are on the 23 years old model and TV personality Kendall Jenner at the moment after she hit The Red Carpet at the British Fashion Awards 2018 wearing a golden see-through gown flashing her nipples and underwear.

The see-through golden gown that is revealing at the back with a beyond thigh-high slit Jenner wore was designed by the British designer Julien MacDonald. The model accompanied her gown with wearing a rectangular gold hoop ring along with a beige Gianvito Rossi nude heel.

However, the top paid model who is reportedly dating Basketball player Ben Simmons has previously gone braless as well wearing similar see-through gowns in many events. For instance, Kendall was seen with then-boyfriend A$ap Rocky at the 2017 Met Gala flashing her butt and entire legs.

Earlier this year in May, the model was as well typically seen wearing sheer gowns at the Cannes Film Festival.

You May Also Like: Nicki Minaj Defends Her Sex Offender Boyfriend Kenny Petty

La Perla at the Met

The event earned a lot of attention when the British Royal Family Meghan Markle showed up surprising everyone.

Meanwhile, we are now certain that Kendall has developed her interest in wearing transparent gowns for award events. And not to mention the fact how she has been confidently flaunting them out. Kendall is literally and totally with Free The Nipple trend.