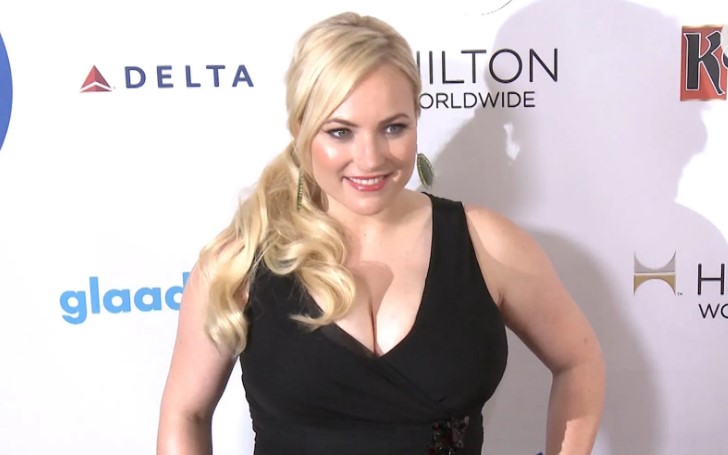 It's understandable if someone is trying to keep their personal life private. It's their choice if they want to share with the world or keep it a secret or private. We don't get to ask why and there hasn't has to be a reason for it always. But one of the TV personalities said she would keep her pregnancy, and she has a good reason for it.

Meghan McCain, the host of 'The View', is pregnant and would love to share the good news along with pictures of her baby bump, but she has been holding back. The TV personality and her husband, Ben Domenech, announced they were expecting their first child together in March.

Meghan and her husband, Ben Domenech, announced they were expecting their first child together in March.
Photo Source: Meredith Corp

And that's the only bit of information she shared a while back. The reason Meghan explained for her to keep the details private is how people have responded to her previous events. Taking to her Twitter, Meghan told it's all because of the negativity she received in the past.

The TV personality wrote, "People Keep asking and requesting I show pictures and details of my pregnancy. Given that people write on photos I put up of my family, they are glad my Dad got cancer, and he is in hell. I thought I would leave my unborn child out of the social media cesspool as much as is possible."

While on her Instagram, Meghan continued, "Ben and I have made the conscious decision to guard our (growing) families privacy as much as is possible. I believe children have a right to privacy and hope you will all understand as we navigate this as much as possible, going forward without sacrificing our comfort or safety. A bunch of inhumane jackasses has really ruined so much for so many on social media, and I learned a lot of hard lessons about the cruelty that comes with being open and vulnerable about my personal life during my Dad's cancer fight. It is a shame."

Meghan McCain said it's the negativity from people she is keeping her pregnancy private.
Photo Source: YouTube

McCain further added, "I know this is an unorthodox choice for a talk show host who is on tv five days a week - but I've always lived by the beat of my own drum. Thank you for the continued kind words, support, and prayers regarding my pregnancy from so many of you who are nothing but kind. It has meant a lot during this crazy time. ♥️"

Well, we don't see why to share any information at all with people with such a negative mentality. People need to understand if they someone, at least, do it when the time is right. No one gets to say something wrong about a person's deceased family member/s or when they are going through the worst. We are happy for the couple and in support of them for the things they have decided.

You May Also Like: Ninja Divorce — What Happened Between Tyler and Jessica Blevins?