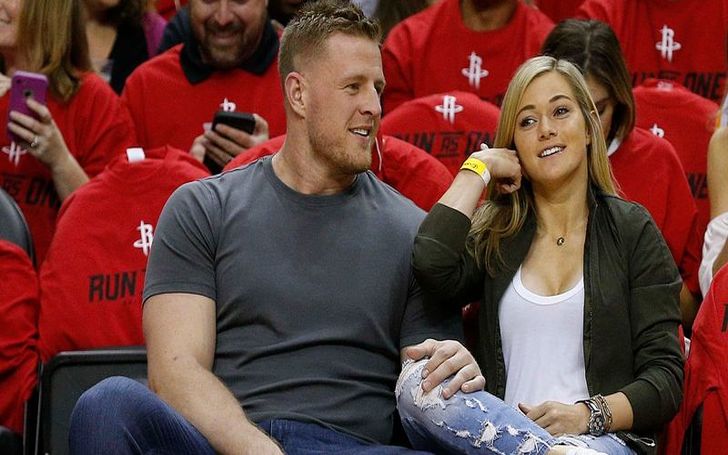 Justin James Watt also known as J.J. Watt rules both worlds as of now: football as well as love!

The 29-year-old prolific addition to the team of Houston Texans is officially engaged to his long-term beau, Kealia Ohai, an astounding soccer player who is captain for the team of the Houston Dash of the National Women’s Soccer League. The pair took it to various social media platforms on Sunday to announce the great news to the world.

The duo first crossed each others path through Watt’s former Houston Texans teammate Brian Cushing, the husband of Ohai’s older sister, Megan Cushing. As a matter of fact, they instantly felt a spark and started dating and its already been 3 years into their relationship.

Rumors of their romance started making its way to the media back in 2016. The words of their romantic indulgence started spreading because Watt was spotted at Dash games with the shirt rocking No. 7 during the press conference. In fact, the number 7 is Ohai’s jersey number.

Also read: Kendall Jenner Flaunted Her Svelte Figure In Front Of The Mirror For A Quick Selfie Shared On Instagram

The pair first disclosed their relationship when 27-year-old Ohai made an appearance on the 2 Up Front podcast that aired in 2017. In the interview, the soccer star referred to Watt as one of her “great friends” while people took it as a confirmation to the rumors that they were actually dating.

However, Watt kept his lips sealed about the issue while only coming through with cryptic hints about their romance. One of such instances can be taken when fans noticed pictures from the holidays that showed “J” and “K” stockings at his home on Snapchat.

Although he was holding on to the secrecy, Watt eventually came through admitting his romantic indulgence with Kealia Ohai. He did that back in January 2017 by sharing pictures from the couple’s vacation to Mexico.

The two fit in just perfectly together with their athletic backgrounds and their ever growing love for each other. As of now, fans are eagerly waiting for the couple to say their 'I dos' in the foreseeable future.