home Entertainment How Is Western Celebrities Adopting Children From The Third World Making The Kids Vulnerable To Traffickers?

How Is Western Celebrities Adopting Children From The Third World Making The Kids Vulnerable To Traffickers? 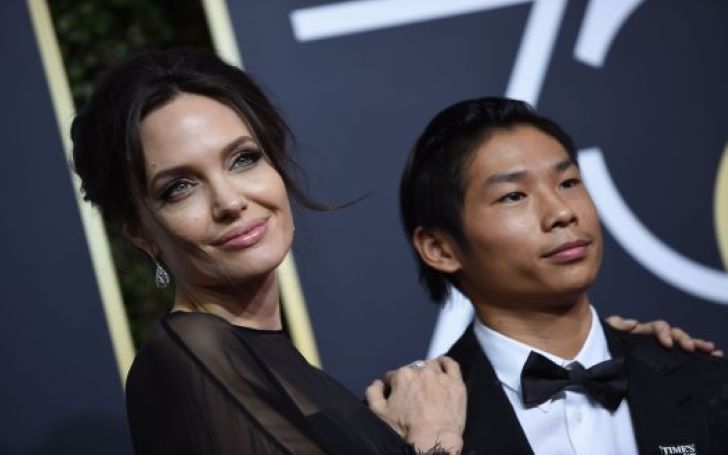 Western celebrities adopting children from the third world could be making the kids vulnerable to traffickers.

Access to adoption is a privilege. The ability to experience parenthood even after your body or career choice denies you the right to do so is indeed an undeniable bliss. Ignoring the causes, some adoptions create impacts which are of a greater magnitude than its initial cause - these consequences aren't necessarily temperate.

Amongst the people who transformed the act of adoption from a desperate requirement to a much-appreciated trend, the celebrities of the entertainment industry rank first. For instance, in 2005, the then couple, Angelina Jolie and Brad Pitt adopted a seven-month-old Cambodian child, who they later named Maddox. Similarly, "Friday Night Lights" actress Connie Britton adopted her son, Eyob, from Ethiopia in 2011. Their act of adoption may merely be a simple step of the couple's plan to have a happy and fulfilled family. Sadly, for many children of the third world, this step turned into a catalyst leading them towards a life filled with exploitation.

Every time a pre-eminent individual takes upon a well-intention-ed project, they succeed to create a massive financial-support system and a higher magnetic strength for publicity. While, publicity ought to prompt other similar individuals , the limit on the attracted group does not exist. When a celebrity adopts a child from the third world, the greatest beneficiary is not the child or the parent, but instead the state from which the child is adopted. The state authorities conveniently recognize this as a tool to solve the issues related to orphan children. The state receives an incentive to create a more accessible system for the first world parents to adopt children from their lands. Viewing a possible financial opportunity, the system also requires the parents to pay a hefty amount to adopt their children. Consequently, adoption takes upon a commercial form, and in businesses, quality is often compromised for quantity.

Running a business requires mass production. Under this circumstance, the business we are talking about is adoption, and the products are infants and innocent children of the third world. Most of the children that orphans are usually refugees, victims of wars or diseases; the story of the remaining orphans is no better. Painfully, the process of creating orphans within selective third world nations might even include a voluntary abandonment of children by poor parents for a very minimal cost. This breaches myriad laws of ethics, morality, and human rights. Various adoption centers raise these children with insignificant repositories. To nobody's surprise, the adoption centers that receive heavy funding are notoriously corrupt. Irrespective of the magnitude of funds received by the adoption centers or orphanages, the quality of life provided to the children is always pitiful.

Watch: Adoption Agencies Are A Gateway To Child Exploitation

Tragically, for select few children who are adopted, the forward path could be even more critical. Starting with the surprisingly minor part of the obstacle, the quality of life or support the children are given in their new homes is not paid attention to by adoption centers and states. The problems of xenophobia and racism are far away from their concerns. The authorities responsible for creating the mechanism of adoption are more than content with just the transfer of children.

The identity and background of the foster parents are not researched in detail so long as they belong to any first world nation and pay the marked price for adoption. This is an open invitation for child exploiters. There are hundreds of groups with the flawed intentions of utilizing cheap labor. Children are emotionally vulnerable and easy to manipulate - an idea of a perfect worker for many. These individuals or groups pose as parents in an urgent need of adoption and traffic the children into various regions of the world. The type of work these children are forced into varies drastically, but at the core, it always includes exploitation.

Recommended: Gina Kirschenheiter Claims Her Husband Threatened To Kill Her!

Many children are forced to become slaves, working for multi-billion dollar corporations, or wealthy households. For some, it is even darker: sexual slavery. According to a 2016 report, 300,000 children in the United States are prostituted each year, and the condition in other nations are worse! Internationally, a Mediterranean survey indicates 76% of refugee children experience trafficking or exploitation at some point. Similarly, according to the FBI, 52% of all juvenile prostitution arrests are African-American children. These data only scratch the exterior of the severity of the problem!

You May Like: Here's Everything You Ought To Know About 'FaceApp' Security Concerns!

As much as society enjoys crediting media personalities for their generosity and kindness, frequently, the consequences of their actions are unprecedented.  The media attention they gather is not always for the greater good. Even though we can not directly point fingers at them for the conditions of these innocent children, they are at fault for not analyzing the power of their position and not rationalizing the outcome of their actions on a longer run. Provided they have the capacity to set a trend of global adoption; they too have the power to at least warn the world of its downsides. Sadly for thousands of children, celebrities prefer to leave their tasks only a half attended...