home Entertainment As If The Roads Were Not Enought, Mount Everest Too Suffers from Traffic Jam

As If The Roads Were Not Enought, Mount Everest Too Suffers from Traffic Jam 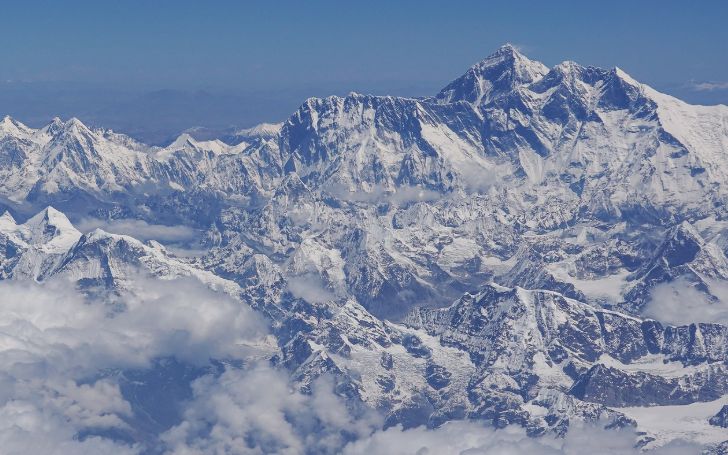 Traffic jams are a real thing in Mount Everest!

The climbers that do their utter best to reach atop Mount Everest, get the chance to witness a mesmerizing view like none other, waiting for them at the highest destination on the planet among the vista of the Himalayas.

Those who made it to the top of the peak on Wednesday, however, saw something else as they reached their destination: Hundreds of other climbers.

Although the climbers were enticed by good weather, they suffered a traffic jam of trekkers. Moreover, the route that was clogged by marching climbers of 250 to 300 people in a precarious cliff resulted in a delay of about three hours.

Nirmal Purja, a climber who photographed the scene, said in a message,

“I have had bottlenecks on mountains before but not this many people at such high altitude.”

If the weather would have even been a little bit unstable the situation “could’ve been a real disaster.”  he maintained.

The lengthy, extended and wobbly line of adventure seekers in the path to the peak added up a phenomenal level of a risk factor to what is already considered to be one of the most dangerous mountains sights ever. With the possibility of frostbite and oxygen depletion at the highest, Everest region's hazardous condition just cannot be denied. The death toll of the climbers that died after having reached the summit reached at least 2 on Wednesday and their deaths may have been related to the delays.

Don't Miss: Tired Of Waxing And Shaving, Then Check Out These Home Remedies To Get Rid Of Hair

A 54-year-old American, Donald Cash, died after collapsing on the mountain after enduring through an unusually long trek to the summit. The other fatality atop the mountain was Anjali Kulkarni, 54, an Indian citizen who fainted while making her journey down the summit.

Check out: Striking image reveals the reality of overcrowding on Mount Everest

“Due to the huge traffic yesterday and the delay in being able to return back, she couldn’t maintain her energy,”

Although there are many risks associated with it, Everest has grown increasingly crowded in recent years. A record number of climbers made it to the summit in 2018 and the trend is only higher in 2019.

The Nepal Ministry of Tourism came through with the reports that claimed a whopping 563 people (a combination of foreigners and local guides) reached the highest point of the summit of Everest from the Nepalese side. Moreover, Alan Arnette, who writes the journeys of climbers on his mountain blogs estimates an additional 239 people reached the summit from Tibet, totaling 2018 to 802. This year results surely exceeds the expected numbers with record-breaking summiteers.

While there are registration systems in place for the climbers embarking their journey to the highest peak in the world, there is no quota keeping the numbers in check. So, the numbers continue to grow.

The slow down to the summit sure is not the only thing that is the concern in the Everest region as of now. With the ever-growing crowds, garbage seems to be the biggest problem in the mountainous region.