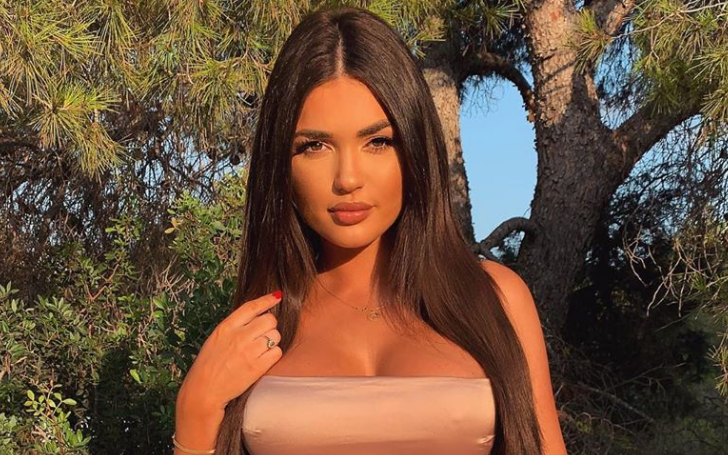 India Reynolds took to her Instagram and uploaded a rather chic photo of herself. The 28-year-old is seen rocking a solid sun-glasses clad in bikini near a pool.

The 28-year-old Love Island personality's caption read, "Obsessed with these mirrored @polaroideyewear glasses ☀️🌴 they are still available on love Island shop... check my story for the link #ad."

The love Island contestant, India Reynolds, is in a different realm now. The ITV show contestant, who stripped naked in a sexy shoot before the show, is taking as it comes to her, and well, doesn't really care what goes either.

Meanwhile, as you can see, Reynolds, is doing quite good after her stint on Love Island, the model bagged an advertisement from Polaroid Eyewear.

Polaroid Eyewear, according to them, are the inventor of the polarized lens. Sounds big already!

Polarized eyewear are in the hype right now; you will see big celebrities rocking them. This clearly shows how famous India is now.

But, fans really did not care about her new polarized glasses, as they were interested in some other stuff. If you go to the comment section of the post, you will probably fall on the floor laughing.

One fan wrote, "You🇧🇴🇴🇧🇸 are big and delicious. I love them."

Another fan wrote, "You🇧🇴🇴🇧🇸 are fantastic."

Next fan wrote, "So gorgeous! Hope you’re having a lush time in Ibiza. 💗🌟"

Well, glasses were perfect, but just like one of the commenters said, no one is actually looking at your glasses, INDIA!

We really felt bad for the Polarized Eyewear; they chose India for their ad, one thing they should have known, no one really cares about India's eyewear.

Let alone Eyewear, people are happy when India doesn't wear anything at all!