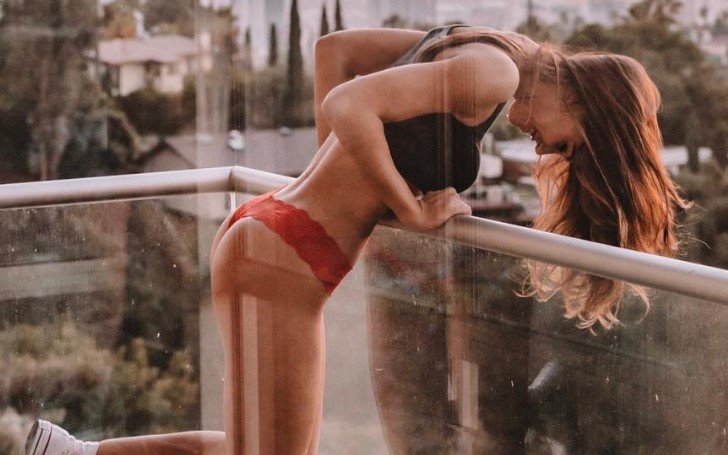 Alexis Ren tweeted a very cryptic message on her Twitter.

How can we not love Alexis Ren, the internet celebrity going places with her new and innovative ideas? The 23-year-old is everything a human being can ever desire for.

Alexis is sweet, beautiful, hot, and fierce everything jam-packed in one package. The internet celeb recently took to her Twitter and gave us something to wonder about.

Well, the 23-year-old Instagram model who recently urged her fans to donate for the reforestation of Amazon tweeted, "Love doing my own stunts."

We all are left here wondering what Alexis, who always talks about understanding her body and positivity, really meant when she said doing her stunts! This is one hell of a cryptic status we have seen recently.

Is Ren, who is fond of princess dresses, in for something big? Did Alexis signed for an action-packed movie? Or Alexis meant something really ordinary? Or maybe it's a message to Alexis' ex - Jay Alvarrez?

There's a reason why we speculated this could be a sarcastic message to Ren's ex-boyfriend.

A couple of months ago, following the breakup with Ren, Jay went to shoot video of fast cars in Dubai. Alvarrez is known for his antics like jumping off planes on epic skydives to scaling buildings and race driving.

The 24-year-old cinematographer mesmerized everyone with his jaw-dropping cinematography skills and daredevil acts. And if you don't know, this was a message to Alexis from Jay that he is living his life.

So, we thought, maybe, just maybe, Alexis' latest tweet is directed to her former lover and in her own way, she replied to her long-lost lover! But again, it's all speculation, and we really don't know what her latest tweet suggests.

Anyways, fans love anything Alexis posts on her social media. Ren's latest tweet is bombarded with comments and supporting her, while they have their own speculations.

One fan wrote, "My own stunts involves alot of eating and sleeping."

Next fan wrote, "Are u filming an action movie?"

Well, fans can be hilarious and we love them for that. Well, all we know so far is, Alexis sounds pretty confident, and we hope the Instagram model triumphs everything she embarks on.