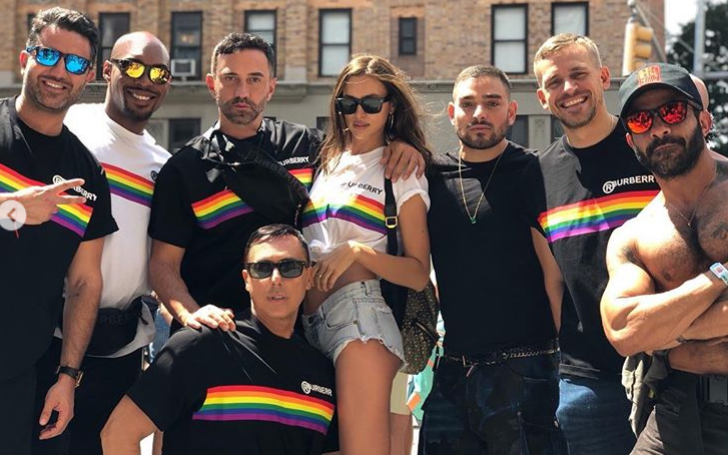 After the recent breakup with Bradley Cooper, Irina Shayk was seen partying in New York at New York World Pride this weekend.

Despite the split with her ex-husband Cooper, Irina was having fun and spotted at the event with Burberry's creative director, Riccardo Tisci.

The 33-year-old actress posted a picture of her with a group of people along with Riccardo and flaunted Burberry's Pride T-shirt on her Instagram.

The actress captioned the picture with a rather hopeful message that stated "Love is the answer" despite her recent breakup.

Bradley Cooper and Irina Shayk were a long term couple and their relationship lasted for four years. However, last month, the couple decided to go their separate ways following their tensed relationship.

A few reports claimed that the couple broke their relationship because of Cooper's secret romance with 'A Star is Born' actress, Lady Gaga, but both Cooper and Gaga said it was false.

In an interview, Irina opened up about her relationship with Bradley and told that Gaga was not the reason for their split.

The 'Hercules' actress said that their relationship could not work because of Cooper's mom as Bradley's mother was living with Cooper.

Seems like the Russian model is up to some good start after the separation and has moved on already.

Kudos to the actress for her new life; she deserves all the happiness and seems like she is having a blast at the moment.