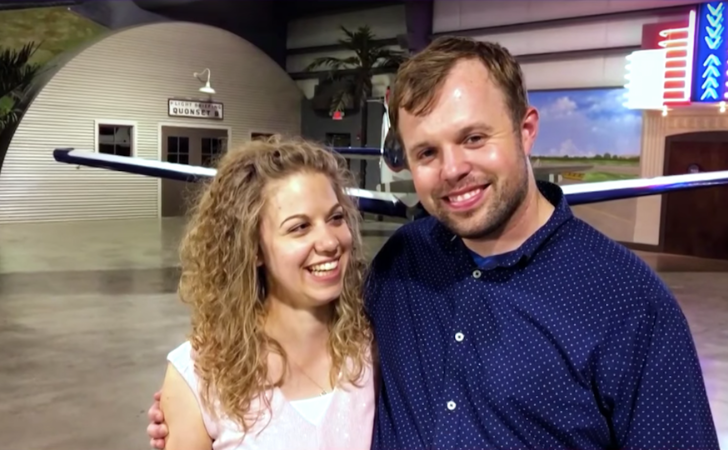 Fans are speculating the couple is expecting a child over their pose in a picture.

The latest rumors suggest Abbie Burnett is pregnant with her first child, following Instagram post the couple posted on their first anniversary.

Fans are suspecting John David Duggar, and Abbie Grace Burnett are expecting their first baby, after the couple took to Instagram to share they made a trip to Oshkosh, Wisconsin for #OSH19.

In the photos, John and Abbie are grinning for the picture, but somehow it's their pose which is raising the questions.

John, 29, is standing behind Abbie, 27, with arms wrapped around her, Abbie's hands are on top of Duggar's side, but both of them are resting their hand on Burnett's belly.

Well, then you know what happened, just because of the pose, fans are speculating the couple is expecting a child.

If you move down to the comment section, you will see people commenting something like, "I thought this was a pregnancy announcement!"

While another fan added, "me too, lol, I got super excited."

Following which, a string of commenters started to swarm in the comment section, and speculation just kept coming. One fan wrote, "By the way, they both are holding her stomach, she could be, 👀”

"like this ALLL the time, and we’ve been married over a year now but aren’t pregnant yet,” Another fan contributed one follower. "This says nothing except they love each other. 😊"

This was not the first time the couple faced pregnancy speculation, John and Abby faced the same rumors back in December, but all the speculations were put to rest after a while.

Recommended: Where Is 19 Kids And Counting Star Josh Duggar Now

Well, we can't be really sure if the couple is expecting a child now, as they have already said before they don't want compound full of kids, however, that doesn't mean they don't want a kid at all and fans theories might turn out right in this case.