Is Amber Portwood Fired From Teen Mom OG For Attacking Her Boyfriend? 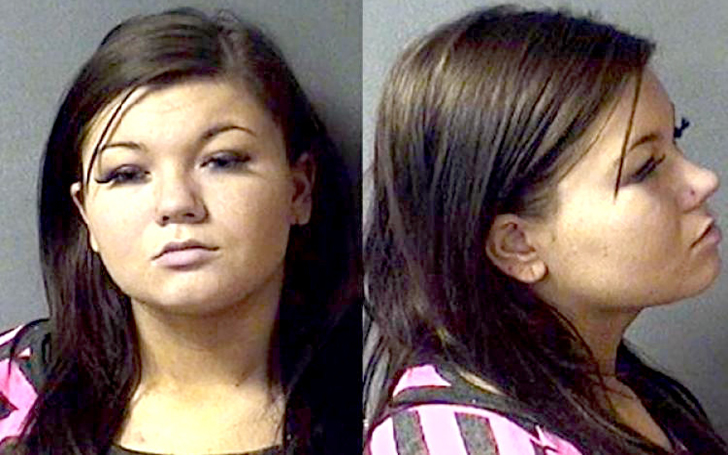 Amy Portwood's time with Teen Mom OG might be coming to an end as a result of her recent brush with the law.

It has been almost two weeks since the arrest of Amber Portwood, and as a result, she has been dominating headlines since then. Headline domination for a reality TV star is a tool of the trade. But this type of attention is something that no one needs, and no one particularly wants, not especially MTV. Amber’s allegedly attack on her boyfriend while he was holding their child and then to make matter worse her threatening of her boyfriend with a machete is something that has put a strain on her relationship with Teen Mom series, from which she will likely be shown the door if the felony charges levied on her results in a conviction.

The Teen Mom OG star was arrested on 5 July 2019, and two counts of domestic battery and one count of criminal recklessness with a deadly weapon were brought against her. A day after her arrest, she bailed herself out, and Amber is set to make another appearance in front of the judge to determine her fate. If she is convicted, sources say that will be the last straw for the eccentric personality with the heads at MTV who have stuck by her through some of her past troubling incidents.

The channel stuck by her through so much trouble but the seriousness of the crime this time was said to be too much for the top brass as they were said to be appalled by the severity of the incident. Police was called to the Indianapolis address of the couple after Amber’s boyfriend and her second child’s father texted an officer that he and his son were in danger. The message was sent after 3 am, and it was a result of an argument the couple was having after 2 am.

In the court affidavit, Andrew Glennon said that the couples were arguing and he was holding their son. The argument reached a point where she got furious and struck him in the neck area with her shoes. The child suffered no injuries, but red marks were seen around Andrew’s neck by the police officer who went to check on the address after the call went out. The boyfriend also said that this was not the first time she had struck him and even had made “countless” threats against him.

The confrontation got even more severe after Amber used a machete on the door behind which he and their son were hiding from her. Andrew said she also threatened to kill herself by committing suicide when they were inside the room. After she was released on bail from prison, Amber was handed a restraining order that was placed on her by her boyfriend, Andrew.

Amber who has a history with personality disorder and bipolar disorder, was involved in a similar incident some ten years ago when she was arrested for domestically abusing her then-boyfriend and father of her first child Gary Shirley. Gary Shirley and the first child was the reason she was hired in the MTV show Teen Mom.

Amber was arrested again in 2011 for felony drug possession for which she was sentenced five years in prison, of which she served 17 months. She was in another relationship with Matt Baier, but this relationship went without any arrest for Amber. Even with her high temper and multiple brushes with the law, she was welcomed back to Teen Mom after her release.

This is not the first brush with the law for the show, and in the past, they have acted fiercely by firing two of the Teen Moms. Farrah Abraham was fired in 2017 after her abusive behavior towards her family and the crew working on the show. Most recently Jenelle Evans was fired from the show in 2019 after the story broke that she allowed her husband to shoot and kill the family dog while their children were at home.

There is a precedent of MTV firing people who are way more trouble than they are worth and it seems like Amy Portwood is looking down the firing barrel after her latest incident.