Is Harry Styles Set To Play Prince Eric In The Little Mermaid Remake? 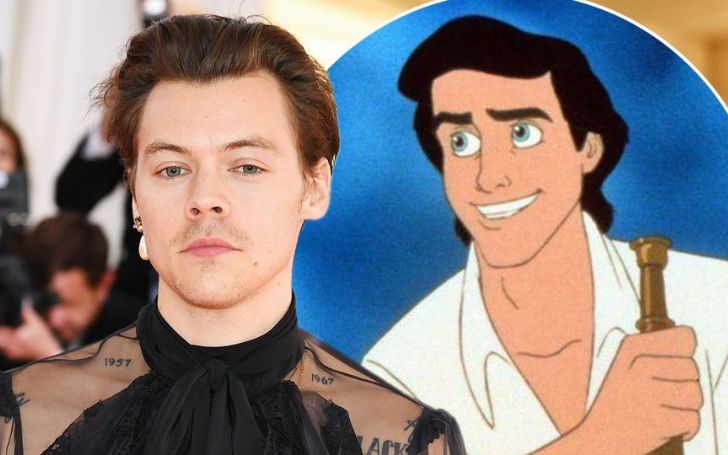 Harry Styles is the latest actor to go under the sea in Disney's 'The Little Mermaid' remake tales.

Former One Direction star Harry Styles is about to play the iconic role of 'Eric' in the remake of the popular Disney original tales 'The Little Mermaid'.

Yes, all of us 1D and Harry Styles fans, the news is true. Styles is on his way towards fascinating the fans through his role as Mermaid's love Eric.

It's been quiet a long time since we heard anything new from the 'Sign of the Times' hitmaker precisely after his last Christopher Nolan movie 'Dunkirk.'

Well, as of now Disney have come up with some exciting news by making a new remake of the movie with wonderful stars.

The movie filled with fantasies, action, drama and other entertaining stuff will surely be the picture you can enjoy with your family and near-dears. The synopsis of the movie reads,

"Eric is the human prince who catches Ariel's eye. The mermaid saves the prince from drowning and then makes a deal with the sea witch Ursula to exchange her voice for legs in order for a chance to make him love her. He is key in the final battle against Ursula."

The casting of Styles and Warrior hitmaker Bailey shows the studio's intent of making the central component of the remake.

The movie is being directed by Rob Marshall and being casted by Ariel R&B singer Halle Bailey of Chloe x Halle fame.

The most enticing part of the whole thing is how two of the stars play their roles. Well, the character we have been hearing, learning from such a long time is fun to watch.

The production of the movie will begin from coming year 2020 as per reports. Furthermore details of the movie is yet to be announced.

So aren't you excited for the new movie? Stay tuned and connected to find updates on the movie.