Why Did Disney Remove This Controversial Lion King Scene In 2002? 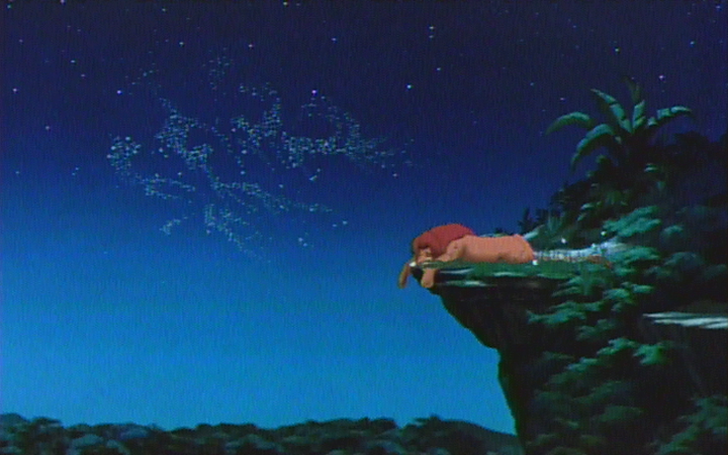 The Lion King is one of the most beloved movies in Disney as well as movie history as many children grew up loving the film and many adults appreciated the moral lesson the movie provided for the young children. The true testament for the animated classic is the fact that the movie has been around 25 years and still the film holds up to this day.

The original released in 1994 is a classic in itself, but there were some changes made to the movie over the years. The remake that is hitting the theatres on July 19 has definitely made the most significant changes, but the original wasn’t safe from the hands of perfectionist over at Disney.

The studio made many changes to the movie but nothing close to as significant as the now infamous ‘sex’ scene. No need to be confused if you haven’t watched the original, there wasn’t a sex scene involving any animals in the movie. When the movie was released in 1994, there was a frame in the film where the bird flying into the frame seemed to be spelling the word ‘sex.’

It was a significant point of controversy when the movie was released 25 years ago. The frame did seem like it was spelling the word ‘sex’ the animator Tim Sito later corrected this. Tim came out and said that the words ‘s’ and ‘x’ are correct but the word ‘e’ was not as they intended the frame to spell SFX and people misconstrued this as ‘sex’ when in turn it was ‘sfx’ a nod to the special effects team working on the film. For people who listen to current hip hop music, you can hear the tag of the producer during the song; it was the same thing as the animators wanted to put something on screen as an inside joke just for the animation team who did a magnificent job with the film.

This explanation was enough for some, but some still said that this was a way for Disney to put sexual commentary in their movies. The same incident happened for Disney in 1989 after the release of The Little Mermaid, 'Ursula' was about to get married, and the clergyman was thought to be having an erection. The protrusion around the crotch area was supposed to the clergyman’s knee, but instead, in the movie, it looked like he was maintaining an erection.

Watch: The supposed erection scene from The Little Mermaid

The 2002 re-release of The Lion King removed the ‘sex’ scene and modified it with only just birds flying in the sky. This was not the only scene that was changed in the 2002 version as the opening title card which paid tribute to Frank Wells, who died in a helicopter crash, was moved to the back of the movie with The Lion King Special Edition title replacing it at the start of the film.

The original logo of Walt Disney was changed from the classic blue and white to the golden one used throughout 2000. Also, the movie re-drew the iconic 'Rafiki' and 'Simba' scene to make it brighter and sharper. That was not the only scene which was re-drawn as the sequence involving crocodiles in the song ‘I Can't-Wait To Be King’ was given a facelift.

Watch: The trailer for The Lion King remake

Those were not the only scenes as Disney replaced many more scenes before the 2002 re-release but then reverted back to the original after that again.

The controversy it seems is so small now as the remake is currently holding a rotten score in Rotten Tomatoes. How this remake will affect the legacy of the original is to be seen as the movie hits the theatres on July 19.