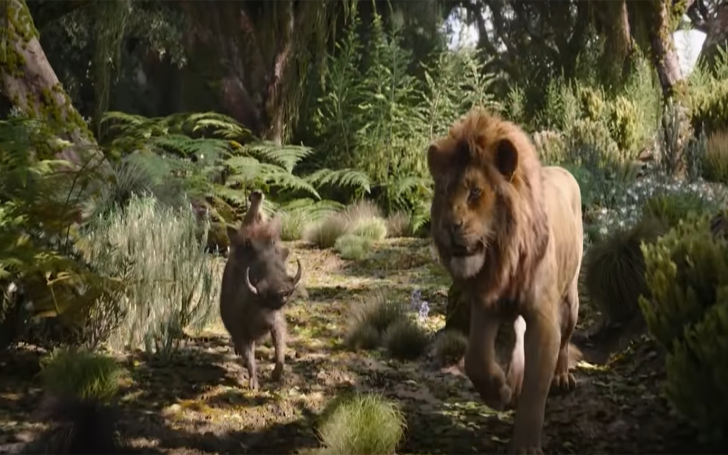 'Hakuna Matata' is a fan favorite and it seems people are not down with the new live action iteration of the song.

The Lion King remake is making its way to the theatres, and it seems the early reactions for the show are stellar. The reception since then has died down severely as the initial reception for the beautiful aesthetic was overshadowed by the lack of innovation by the director.

The remake for the 1994 classic movie during the Disney Animation renaissance had many detractors after the trailer had some shot for shot moments from the 1994 classic. Well, as the actors made their rounds on Jimmy Kimmel for the promotion of the movie, another controversy arose. Donald Glover, who plays Simba in the remake made his way to 'Jimmy Kimmel Live!' and showed the first clip for ‘Hakuna Matata’ in what was supposed to be a hype builder turned into a hate session for fans on Twitter.

To make matter worse, one of the fans made a side by side comparison video of the two versions of Hakuna Matata and then the barrage of abuse began.

It doesn’t take much to outrage today’s audience as everyone knows hate is where you get more likes on the internet. You will not hear one single person complain about Donald Glover and Beyonce because that is the sure-fire way to getting yourself killed, well where to point the outrage? On a song and on the fact that the lion doesn’t smile or show emotions.

This is the problem always with nostalgia-driven content you can’t satisfy everyone. This happens whenever classic movies are remade for the modern time; you make it close to the classic that means you are copying, and if you deviate from the classic and make something like say ‘Dumbo’ and people lose their shit because you changed a classic. There is no winning in this situation with unreasonable people.

Watch: The promo for Hakuna Mata at the 6:42 minute mark

This is not the only the people who were outraged by clips from the movie. There was another controversy before this when people were outraged as to how Scar looked in the remake. The sexy Scar of Jeremy Irons was replaced by a scarier version of the Chiwetel Ejiofor 'Scar' which fans commented that he looks like he was just dug up.

So, people want the old Scar and not change anything, but then they don’t want shot-for-shot re-imagination of some of the most iconic shots from the movie. Make your mind up “outraged” people, what do you want? The remake is already here, so do not say you don’t want the remake.

And people who like to say The Lion King is some all perfect movie, we would like to remind you, it was a movie based in Africa where white people played the characters. This remake is a retelling of a classic story for a modern audience played by right actors and actresses and people who are “outraged” are most probably the ones who weren’t going to see the movie in the first place anyway.

Also Read: Disney’s Upcoming Live-Action Remake Of Mulan Will Reportedly Not Be A Musical Like The Original

This movie is for a new generation who didn’t grow up with the animated classic, and we will be in the theatre to watch the magic happen again with our kids and frankly no matter how much the outrage everyone is going to the theatre to watch The Lion King whether it is good or bad, everyone loves Lion King. It won’t matter one bit whether Simba’s mouth moves or not when your kid looks with awe to the characters on the screen.