home Movies & TV Shows Is Rose From 90 Day Fiance Engaged to a Woman? Let's Find Out

Is Rose From 90 Day Fiance Engaged to a Woman? Let's Find Out 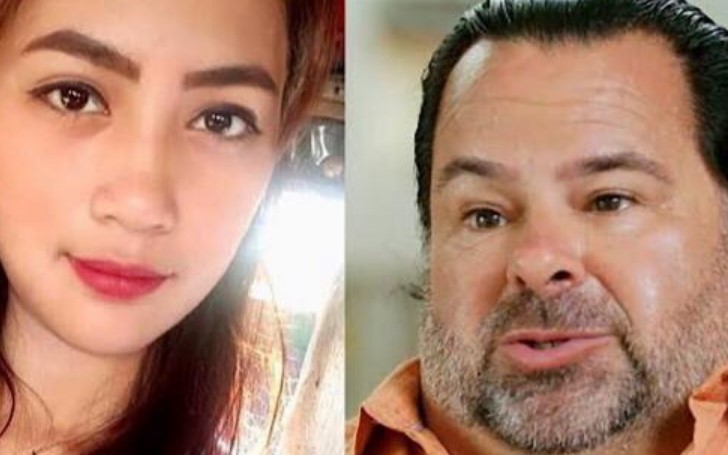 If you are following the TLC show, '90 Day Fiance,' where we get to see the couples beyond imaginable, some are being the weirdest. Well, that's what keeps us interested and hooked to the show, right?

We like to see the oddest of couples trying to work on their relationship, and if they succeed, see them get hitched while that's not the case in most of the relationship on the show. Many end up in an ugly fight and split up.

We are somewhat aware of the show's format and kind of used to see surprising turns of events. Something similar happened between 90 Day Fiance couple, Ed and Rose. Let's find out what happened.

Rose is from Philippines and Ed is 54

Well, a little background on the couple's relationship; Rose, whose full name is 'Rose Vegasolao,' is with Ed, who is better known as 'Big Ed,' are on their quest to find love amidst challenges they have for what they are.

Apparently, there's a massive age gap between the two; Rose is 23, while Ed is 54, which makes 31 years of age difference.We are still okay with their love life as far as two are okay with it.

Also See: Gregory Jbara Wife - Find Out About His Married Life and Children

Why you ask? Well, the first thing is Ed is older; moreover, he is fat and just 4'11' tall. Those are all Maria's words, not ours. While the Filipino family have their concerns, Ed, on the other hand, seemed very unimpressed by Rose's living conditions in the Philippines.

Apparently, when he visited Rose's hometown, he was left stunned when he saw Rose's family home located in the back of a small store and entirely open for the outside.

Well, those were the concerns people fans of the show found out during the last episodes. But there's something Ed revealed. He said Rose's sister, Maria, demanded money from him. Their relationship is already looking shady now.

While those were the things that initially created the problems in their relationship, something came up lately, which shocked everyone to the core, including Big Ed himself. Let's find out what really happened.

Rose Reportedly Has a Secret Lover, While Ed was Insecure From the Beginning

Big Ed has always been insecure in his relationship with Rose, age being one of the factors, there was a huge fuss between the couple when Ed asked Rose to cut all her ties with exes. He even asked if she still talks with her with one of the exes, to which Rose replied no.

Watch: Rose on 90 Day Fiancé is Engaged to a Woman

While his insecurities were already there, we are shocked by the latest news. We hope you are aware of the latest buzz. "Is Rose From 90 Day Fiance Engaged to a Woman?" Well, that's the question we have been trying to find the answer to.

While we are still confused if Rose is engaged to a woman, some reports are suggesting it's all true. We don't have official news from the '90 Day Fiance' team yet, but according to fans and followers, who go off-limit when it comes to finding the truth, said she is already engaged to a woman.

One of the YouTube channels showed Rose with a girl, showing the exchanged ring on their Facebook. While we were unable to find the post by ourselves, the video shows a couple showing rings.

You May Also Like: Annie Ilonzeh Boyfriend - Is the Actress Dating Someone?

How true is that we will find that soon. Till then, stay tuned to Glamour Fame, and don't forget to sign up for the newsletter.