Is The Bachelor contestant Becca Tilley dating? Her Personal life at Glance 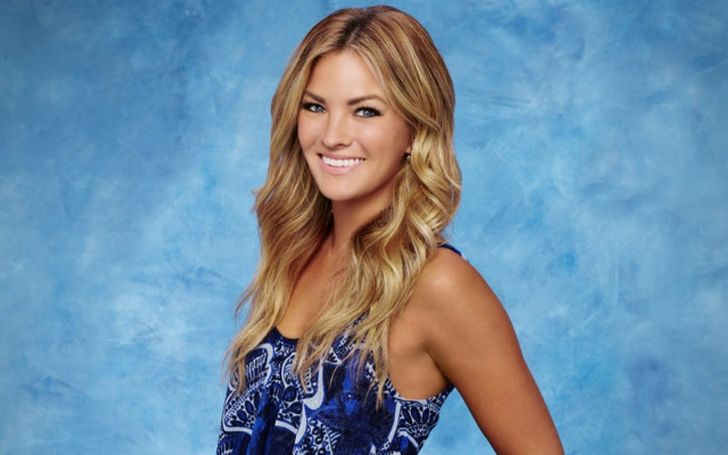 You might recognize the model/TV star Becca Tilley, from her debut on the 19th and 20th season of ABC's 'The Bachelor'. And If you've been following the star and the matchmaking show, then you might well know Becca competed for Chris Soules in season 19. But sadly, she ended up being a runner-up, being dumped for Whitney Bischoff - slightly missing to hit cupids with Chris.

Becca returned to the reality show again to compete for Ben Higgins in season 20, but unfortunately, it was also not destined to be as she had a cut in week 7. So what about now? It's 2020, a new year, a fresh start, a new resolution; Is Becca dating again might be probably running in all your mind right? Hold on as we've got all things covered up. So without wasting anytime, let's have a peek at the gorgeous sensation love life and know whether Becca's into romantic fumes or not!

Might be jolly news to her fans and followers as the 25 years old Becca is currently 'single' and 'enjoying' her bachelor life with no drama, and tension.

Overviewing all her social media presence such as Instagram, Instagram only articulates posts with her family, alluring photoshoots, and friends. Coming slightly on her personal life she shares a close bond with her brother Chris Tilley and often shares snaps of him on Instagram.

Find Out: The Bachelor's Matty J and Laura Byrne Announced They Are Expecting Their First Child Together

The majority of her followers assume the reason behind her singularity is due to traumatic past experience; she was broken two times, which definitely hurts, even more, we feel her. Not so easy when you are being watched by millions of critics. So, as a consequence, the reality star then testimonies to keep her relationship details private from the public sharing to US Weekly.

Hangs Around with Family, Friends and Brother Rather Committing an Open Relationship

The 30 years old glamour sensation opened her decision to keep her relationship details invisible sharing to the magazine on September 19, 2019. Becca Tilley expressed,

I just think that my relationship that I'm in is just, I like that it's private and it's my own. I had a public relationship before and it just felt like I had a lot of people involved, which I know that's why they sort of watched me in the first place. I'm really happy and I hope to eventually start opening up about it more, but I'm happy with it being private right now.

So as in now, Becca is profoundly speculated to be single, and if she is dating, then she will likely prefer it to be confidential until and unless she can find her princess charming whom she can fully trust and rely on.

Check Out: Is Gregg Sulkin still together with his girlfriend or dating someone new?