home Entertainment What is Ismael Cruz Cordova's Net Worth in 2021? Learn About His Earnings and Wealth Here

What is Ismael Cruz Cordova's Net Worth in 2021? Learn About His Earnings and Wealth Here 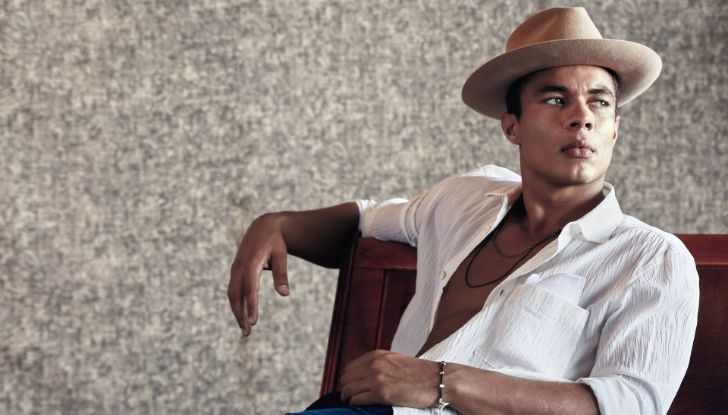 Ismael Cruz Córdova's Net Worth: How Much is the Actor Worth in 2021?

Born Ismael Enrique Cruz Córdova, he is a Puerto Rican actor. After amassing nationwide recognition for his role, Mando, in Sesame Street, Córdova began his ascent in the mainstream television show and movies. Some of his notable onscreen credits are The Golden Record, Miss Bala, In the Blood, and Exposed.

Best known for playing the tortured boxer Hector Campos on Donovan, Córdova says his first gig as an actor was a guest spot on The Good Wife. Moreover, a rising Hollywood heartthrob, Cordova, has been capturing hearts with his smoldering blue-green eyes for a while now. He is now confirmed to star in Amazon's awaited The Lord of the Ring.

Córdova has been hustling for more than a decade. He appeared in a few commercials and short films at the age of 15. His debut on the silver screen came with the movie Stray Bullet. After years of perseverance with little results, he started questioning his career, but a role in Billy Lynn’s Long Halftime Walk rebuilt his belief.

In 2020, Córdova's net worth was estimated to be $1.5 million; it has shot up, strikingly, estimated at around $4 to $5 million in 2021. It seems for the Afro-Latino star, acting is the main source of his hefty net worth. And also, Córdova channels his inner artist writing and creating art for Mast Head Magazine.

Check Out: What is Chance Perdomo's Net Worth? Find All About His Wealth and Earnings Here

Cruz Córdova's estimated earnings are still under review. But, whatever the figure may be, it is surely expected to rise in the coming time, as the 34 years old is set to star in Amazon's $1 billion budgeted Lord Of The Rings Series.

Córdova will be starring in Amazon's Lord of the Rings and the Sci-fi movie Settlers.
Photo Source: Red Carpet Fashion Awards

Apart from Amazon's upcoming star-studded project, Córdova has also joined the cast of Wyatt Rockefeller's science fiction movie Settlers. Set to release in theatres and video on demand on July 23, it will also star Sofia Boutella and Jonny Lee Miller.

Córdova on his Passion for Acting!

After the spot-on portrayal of Fernando Alves, who spars with Nicole Kidman's character in the HBO miniseries, The Undoing, Córdova received a sweet recognition from the Australian actress. Kidman says, "He has the most compelling eyes, he's skilled at ensuing his character."

Reciprocating the compliment, he said, “A lot of playing off her and a lot of just being in awe of her performance, just feeding off her as a partner.” The actor shared that his love for acting stemmed due to growing up in a broken system.

Don't Miss: What is Robert Aramayo's Net Worth? Learn About His Earnings and Wealth Here

Cruz tells growing up poor; he could see the system was always putting them down. "I was looking for ways to bring visibility to my people; I wanted to re-enfranchise," the Puerto Rican actor adds. "So the visual and performing arts felt like the perfect medium to shine a light on us and an incredibly empowering tool for me."