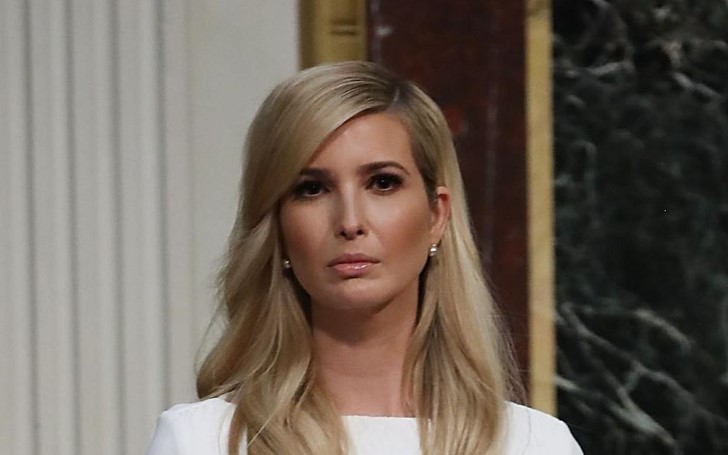 Ivana Trump wore an ivory suit designed by a designer who refused to dress the first lady while attending an Argentinian Gala Wearing.

A former model, Ivanka Trump along with her father Donald Trump and Melania Trump attended at the Gala Wearing at the Colon Theater in Buenos Aires Friday night. They were accompanied by Argentina's President Mauricio Macri and his wife Juliana Awada.

At the event, Ivanka was spotted wearing an off-shoulder pantsuit by designer Gabriel Hearts. Moreover, Gabriel was the one who criticized Trump's administration.

As per the tweet by CNN Reporter, Kate Bennett, Ivanka's look was inspired from the female Democrat Senator Tammy Duck worth and Kamala Harris.

This is not only the first time, but she also wore Gabriele. In 2017, during the G20 Summit, she wore a forest green jumpsuit worth $798 accessorized with a black purse.

Due to the designer's criticisms, Hearst was asked whether she would dress Melani or not. For which she replied,

In an interview with Yahoo Lifestyle, she told,

''Before we were thinking about dressing Hillary and now it’s like, how do we bring Donald Trump down?''

''Women that put their strength and their qualities in the service of others seemed like a good reference to keep us motivated.''

As a matter of fact, Trump's woman never stopped wearing the designer's clothes despite the criticisms by the designer. Similarly, Melania wore an ink-and-blue suit while visiting Microsoft's Innovation and Policy Center by Hearst.