home Entertainment Jameela Jamil Only Responds to Kim Kardashian's Unrealistic Body Promotion After Requests to Do So, "My Work Is Done"

Jameela Jamil Only Responds to Kim Kardashian's Unrealistic Body Promotion After Requests to Do So, "My Work Is Done" 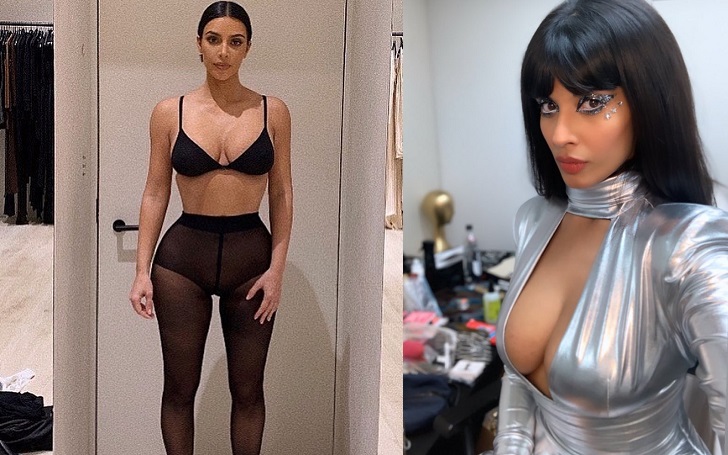 Well-known body activist Jameela Jamil is done with slamming Kim Kardashian for her Body Image "Obsession" and suggests to just ignore her.

When a celebrity like Kim Kardashian posts something unrealistic for young women to look at, certain people would expect Jameela Jamil to come with a response or something. And when the former did with a clip of herself in a waist-cinching corset on Instagram this week, fans were surprised when the latter did not say anything from her.

Because of this, Jamil apparently received a lot of messages from her fans to do something about it. But what she got from this was that the message she would've given had already reached the viewers and that it shows that her work here is actually done.

In a very lengthy post on Instagram, she reasoned her silence, "I've received over 1000 DMs asking me to address this. The reason I didn't jump on it immediately isn't because I don't think the post was damaging and disappointing. I do. It's because the fact that you're all messaging me about it, shows my work is done."

In a way, her action is reasonable. But she wants to clarify that she was not trying to cancel Kardashian, but instead trying to combat the impossible beauty standards she sets for her fans, and even her kids, some point out in Kardashian's comments.

Recent: Florence Pugh Apologizes For Her Past 'Cultural Appropriation'

"Kim, like many of us, has had decades of body image issues and obsession," she continued the slam. "This has been HEAVILY perpetuated by how much the media scrutinized her and her sisters over their appearances. She isn't actively trying to harm you. She's just so harmed and deluded into thinking this is what SHE needs to look like to be special and beautiful and she's spilling it out onto her following."

The openly gay actress also urged the followers to just unfollow and ignore her as she won't stop her obsession on Instagram. "This toxicity from someone who is smart and knows better, is a sign that this is harm she can't stop doing," she starts. "So there's no point in screaming at her. The smart thing to do is to protect YOURSELF. YOU have the power. YOU control every Market. YOU choose what and who is trendy. Unfollow the people who tell you things that hurt your self esteem. Don't let the debris of their damage spill out onto you. Unfollow people/brands that don't make you feel powerful and happy and grateful for what you have."

Who to compensate with the unfollow then? Jamil suggests "activists, writers, artists and comedians instead." She also recently provided a list of LGBTQ+ personalities to follow on Instagram.

Kaila Methven Goes Completely Naked - Poses in Nothing But Diamonds