Jason Hoppy Net Worth - Complete Breakdown of His Earnings 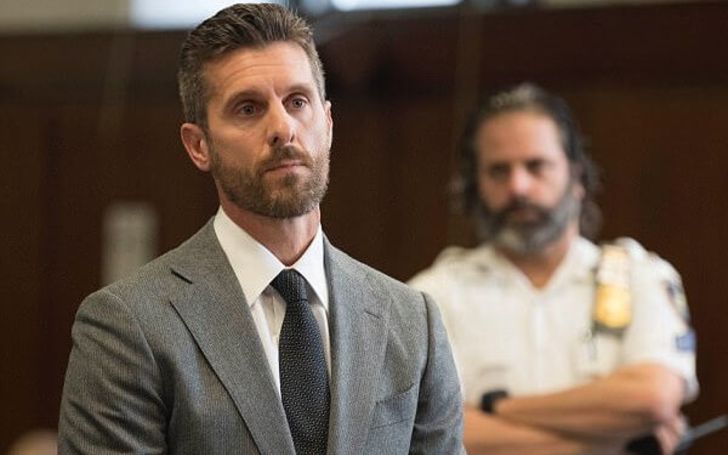 The fans of The Real Housewives of New York City might know the American reality television personality, entrepreneur, and author Bethenny Frankel. She, with her hard works, achieves great success and lives a luxurious life supported by her massive fortune. So, Jason Hoppy is the ex-husband of the millionaire businesswoman Frankel.

Hoppy attracted tons of attention in his life after dating Bethenny, as he appeared in the popular reality tv show, The Real Housewives of New York City as the partner of the American beauty Frankel. After dating for eight months, the pair got married and had a cute daughter together. However, the former love birds relationship came to an end.

Further, lots of drama occurred between the ex-couple and in their legal war. Hoppy was kicked out by the house, which the former couple used to share when their relationship was all good. Want to get an update about the current net worth of the ex-lover of the millionaire personality Bethenny, Jason Hoppy, then keep on reading.

Net Worth of Jason Hoppy

Jason Hoppy is the ex-husband of the millionaire worth business woman and reality star, Bethenny Frankel.
Photo Source: Pinterest

At 2020, the reality star, Jason Hoppy, estimated net worth comes around $7 million.

You Might Also Like: The Kardashian-Jenner Clan accumulated a staggering Net Worth But Who is the Poorest Among the Richest?

Jason accumulated those numbers from his career as a real estate agent and pharmaceutical sales representative, plus he is a successful businessman. Therefore, it isn't shocking to know him to have those piles of green.

The reality-show star, Bethenny ex-partner, Hoppy was the part of the Bethenny Ever After Show.
Photo Source: People

Talking about the income and salary Jason Hoppy make from his career; then in his past days, he was a part of two reality shows where he, with his ex-wife, Bethenny Frankel, became cast members of The Real Housewives of New York City and another TV show Bethenny Ever After.

Bethenny Gets A Talk Show | Bethenny Ever After

Though the exact payment hasn't been disclose in any media. However, as per Cheatsheet, the former partner of Hoppy, Bethenny made around $7,250 for the entire season, which in 2016 rose to $1.5 million for the show. Therefore, Jason from the show should earn a paycheck, which might be equal to Frankel.

The businessman, Jason, in his early days, used to work as a sales representative for a Pharmaceutical company. Later on, he also worked as a licensed real estate agent, and as we know, people in this business don't make their living on salary, but they collect their piles of greens from the commission. Hoppy might make a hefty income from each successful deals. Further, he might also accumulate many valuable properties by himself, which back his net worth.

Jason Lost $5 Million Worth House Against His Ex-Wife

Yeah, fellas during the divorce battle between the Jason Hoppy and Bethenny Frankel, the former couple fought for not only their lovely daughter, Bryn Hoppy, but also the $5 million worth property located in the luxurious TriBeCa home back which was bought in 2011.

Jason Hoppy lost $5 million worth house which Bethenny listed in the market for more than $6 million.
Photo Source: Hollywood Life

According to Radaronline,after some ups and downs, the house was won by Frankel, which she, as a fabulous businesswoman, listed in the market at the asking price of $6,950,000.

Find more details related to the net worth of your favorite celebrity on Glamour Fame.